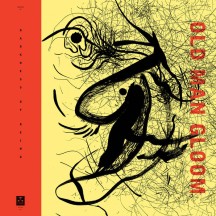 
It feels weird listening to and writing about Seminar IX when Seminar VIII isn't available to listen to, particularly since the existence of Seminar IX wasn't public knowledge until today. However, confusing album releases aren't anything new to Old Man Gloom.

Anyone paying attention when the group released The Ape Of God in 2014 may remember some controversy; reviewers received a fake promo version of the album (which received very positive reviews), only for this promo to turn out to be an abridged version of what were ultimately two separate albums with the same name and near-identical covers. As such, when Seminar VIII: Light Of Meaning (the band's first release since the death of long-time bassist/vocalist Caleb Scofield and replacement with former Cave In bandmate Stephen Brodsky) was announced earlier this year, there was reason to suspect something peculiar might occur again this time around. As it turns out, the band had again produced two albums; however, as a result of the disruption and lockdowns caused by the coronavirus outbreak in recent weeks, Old Man Gloom decided to prematurely announce what would have been a release day surprise and furthermore stream the second record, Seminar IX: Darkness Of Being, for all those in quarantine to entertain themselves with. A nice gesture, and about as satisfying a way of repeating a six-year-old joke as possible. But whilst we still wait to hear Seminar VIII, what can we make of this surprise arrival?

Kicking off with the straightforward and repetitive pounding of "Procession Of The Wounded", lightened up only by some old saloon-style piano, Old Man Gloom then delve into some of their usual esoteric noise in the beginning of "Heel To Toe", before the same song brings the first memorable riff of the record. Aside from the disorienting sounds that bookend the track, "Heel To Toe" is probably the most accessible song on the record, a collection of satisfying sludge riffs that make up for the underwhelming opening track, and serves as a platform off of which the band can dive into weirder and more expansive territory.

The first three songs are all relatively straightforward romps, powered by driving riffs and the primal roars summoned by group's various vocalists, in particular Aaron Turner's monstrous barks. In contrast, "Canto De Santos" opens with aimless guitar strumming and sparse sound effects, which gradually overlap in the subsequent minutes before finally a pounding mid-tempo build-up unleashes a onslaught of full-pelt hardcore. As much as these experiments with noise are seemingly an integral part of the band's approach, they can be quite annoying (for me at least), and I'm not entirely sure the song that it eventually develops into quite justifies the extended meandering introduction.

At the opposite end of the spectrum, "Death Rhymes" (featuring Faith Coloccia of Mamiffer) is a stripped-down acoustic sing-along, and makes for a nice change of pace before the final two lengthy songs. "In Your Name" lurches to the sound of a convoluted march in a manner reminiscent of "Shoulder Meat", then transitions into something of a Southern rock jam before reprising this infernal march, whereas the languid "Love Is Bravery" possesses a degree of melancholy rarely observed for the band. This closing trio of tracks show a completely different side to Old Man Gloom than the energetic sludgy aggression of the first half of the album, and include most of the standout moments of Seminar IX .

With a rampaging beginning and mellow end, and its fair share of ambience and noise in between, Seminar IX: Darkness Of Being is a typically eclectic Old Man Gloom, and whilst not everything on display here impressed me, the more unusual efforts worked out quite nicely. Whether we'll all still be bunkered in our homes when Seminar VIII: Light Of Meaning finally drops remains to be seen, but this surprise album should offer some comfort until then.

Written on 24.03.2020 by
musclassia
Hey chief let's talk why not
More reviews by musclassia ››