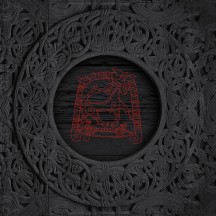 
A metal viking themed album? That's really new and not done to death. But if it's such a done to death thing, why is it that Árstíðir Lífsins feel so authentic when doing it?

I generally hate reviewing twin albums, or anything that has a number in its name to clearly tie it to another album, especially if the album it is tied to was also recently released. There is a pressure to take it into context. I really considered reviewing both albums, the other one retroactively, but I decided to, instead, talk about both albums here rather than give in to my reservations and just skip the entire thing. I probably should've reviewed Part I back when it came out, but trying to do it now would mean either me half-assing both reviews or just struggling to say different things about both albums. But not only that, I think we are in a much better position now, because both albums are out, and this is really a journey that must be taken through both albums.

Árstíðir lífsins is a band that I've been following more and more lately. First I found out about them because they are Icelandic, and Icelandic black metal was all the rage. However, Árstíðir lífsins didn't take the Deathspell Omega-inspired approach of their peers, most probably because out of all of them they were among the first ones to come out with a full length. Over the course of the three full lengths, two EPs and one split released before the two Saga albums (as well as a split with Carpe Noctem in between the two), the sound they crafted is deeply connected to their Norse roots, more often than not with a very narrative and legendary feel, with old Icelandic lyrics, with both folk and black metal in the mix. Up until the Saga, I liked them, but it was hard really setting them apart from the sea of bands also idolizing the Norse past. But this really feels like their most ambitious and complete work to date.

The more than two hours length aside, Saga á tveim tungum is not really something that I could say suffers from bloat or fillers. Being such an epic (in the literal sense of the word) album, the music feels like it has much more of a purpose than being simply music for music's sake. Even with the language barrier, the music does so much as a vessel for the story telling, being about as evocative as music could possibly be without slipping into ambient territories. The stories about Norwegian king Óláfr Helgi Haraldsson that serve as the basis of this album are something that wouldn't be possible to get from just listening to this album without either prior knowledge or fluency in old Icelandic. However it's quite impossible to listen to this and not feel in any way transported to those shores a millennium ago, and feel all the intrigue, betrayal, glory and turmoil that come along. It might be advisable to look into the saga of Óláfr Helgi Haraldsson to further appreciate the album, but on its own Saga á tveim tungum works perfectly as a moving piece of music.

It's not hard to find a piece of history or lore and use it as a basis for your album, but it's hard to do it justice and to have the music live up to how epic i is, and to capture the same ebb and flow of its storytelling. Árstíðir lífsins as a trio, with all three of them participating in the choir, use said choir-like vocals to often skaldic heights that could rival the likes of Wardruna or Heilung, and it is often due to those that the music is as immersive and evocative as it is. Main vocalist Marsél is the one responsible for most of the narration, so he does all the heavy lifting from this point of view, feeling like our guide throughout the whole saga. The album often switches from moody sections with narration and sparse folk instrumentation to blistering black metal. And I'd be lying if I said that whenever zoning out during the black metal sections I didn't accidentally think that I was listening to old Enslaved instead, which is really the highest praise I could give a viking metal band. This is mostly due to how Marsél's shrieks and Grutle Kjellson's sound alike, but also because I can't tell old Icelandic and Norwegian apart.

So we have a crowning achievement not only in black metal, Scandinavian folk and the melding of the two, but also in how to properly apply storytelling in music. Most metal bands wish they could craft two hour long albums that feel this immersive.

Written on 19.06.2020 by
RaduP
Doesn't matter that much to me if you agree with me, as long as you checked the album out.
More reviews by RaduP ››