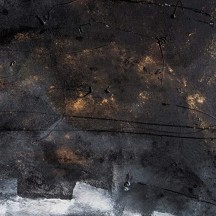 
I feel like it's probably considered quite a big thing to get Anneke van Giersbergen to feature on your album, which makes the decision to feature a second version of the song she guests on with her vocals removed on Duhkda a curious one.

Poland has been quite a prosperous source of heavy prog this century; Riverside are the obvious big name from there, but the likes of Blindead, Disperse and Widek have also supplied quality music. Votum are another respectable name from Poland; my introduction to the group, 2016's strong effort :Ktonik:, was a sumptuous demonstration of their alternative/prog metal style. Its sequel, Duhkha, arrives four years later, but it's a rather bitesize follow-up album.

Clocking in at 30 minutes, of the 6 songs here, two of them are "Prey". Kicking off the album, the version that features Anneke van Giersbergen benefits greatly from her appearance. The subdued, moody, synth-heavy intro slowly evolves into a more forceful chorus, one that shows off the djent-heavy guitar approach employed by Votum this time around on Duhkha. Anneke first appears after the first chorus, and for the rest of the song she bounces nicely off of frontman Bartosz Sobieraj; in the second version of "Prey" later on the album, her vocals have been replaced by Sobieraj. I'm not really sure why this was done; both versions are fine, but I can't see many people, if any, finding the lack of van Giersbergen on the track to be a plus.

The end of both versions of "Prey" (which are otherwise identical) features a punchy, glitchy electronic- and djent-heavy breakdown. On my first listen of Duhkha, I felt like there was a substantially greater djent element this time around, which a revisit of :Ktonik: validated; in addition to "Prey", "Void" in particular leans heavily into djent rhythms and glitchy electronics, but there's also parts in the other songs on the album that do too. The electronics also feel more prominent this time around, particularly with the rapid pulses throughout much of "One Of Them". Given that a lot of Votum's appeal on :Ktonik: for me rested in its smoother, evocative atmospheres, the highlighted prominence of the noisier, more aggressive djent and electronic aspects of their sound on Duhkha is a curious decision. It's not one that particularly detracts from the album, which on the whole I rather enjoy, but at the same time I'm not sure this is Votum necessarily playing to their strengths. The album shines brightest on "Prey" during the atmospheric introduction and the moving, impassioned vocals that van Giersbergen and Sobieraj exchange as the song's emotional heft intensifies; the punchy, glitchy, rhythmically complex sections work fine, but don't really feed into or complement those strengths of Votum's.

Given that it only features 25 minutes of new music (counting "Prey" only once), Duhkha does leave you wanting more when it finishes; I think more would have benefitted the album, given that it would give the band more space to include additional quiet, atmospheric stretches, as well as extra emotional climaxes, alongside the more forceful guitar approach and brasher electronics that seem to have been prioritized here. However, the album still makes for good listening, and whilst it's not quite what I was hoping for in a new Votum record, nor does it contain as much as I would wish for, it's still better than nothing, and the collaboration with van Giersbergen is very rewarding.

Written on 07.12.2020 by
musclassia
Hey chief let's talk why not
More reviews by musclassia ››