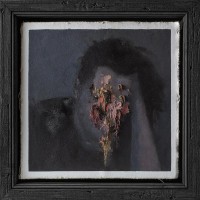 Maybe it’s because they come from my hometown, but I’m eager to see Conjurer really blow up. As much as that might be due to local pride, I think it’s far more likely to be down to my desire for people to not miss out on metal that I know to be great, which often manifests as frustration when whoever I’m at a festival with misses a guaranteed killer set because they don’t listen to my recommendations, and which has led me to reviewing for this site. Most people in England seem to have got the memo about Conjurer by now, given the big crowds that gathered for their festival appearances last year, but it does still seem to be a predominantly British phenomenon just at the moment. However, with their sophomore full-length coming out on Nuclear Blast Records, Conjurer have the label to find them a wider audience, and the contents of that album have the quality to back that up.

Conjurer’s debut Mire wasn’t the easiest album to categorize; it ended up in the post-metal category in our website’s awards, but it’s hard to think of any other post-metal bands that really sounded like that album. It was an at-times intensely heavy record that borrowed from sludge, doom and death, amongst other sounds, with fierce riffs, bursts of bludgeoning violence and infectious grooves as well. Those sounds can be heard on Páthos as well; there are some bilious dirges on opening track “It Dwells”, with vocalist Dan Nightingale’s growls sounding even more fierce this time around, while “Rot” is an ugly, bruising affair. Standing out for its brevity, “Suffer Alone” sees the band veer in more of a hardcore/mathcore direction, with up-tempo punky drumming, bursts of blasts and relentless aggression.

However, while Páthos is still undeniably a very heavy album, it's not its intensity that has been the defining feature of my playthroughs of it. On Mire, there was a song that stood out, “Hollow”, due to having an uncharacteristically melodic central hook; however, compared with more than a few moments on Páthos, that hook is positively malevolent. This album sees Conjurer explore quieter, more melodic and more melancholic ideas in an unexpectedly substantial manner, and they really pull it off. It starts off subtly enough, with acoustic layers woven into a still predominantly intense core on “It Dwells”, but there are multiple moments dedicated to cleaner tones on this song.

These hints on “It Dwells” are but a sign of things to come, as not long after on the album, the double-header of “All You Will Remember” and “Basilisk” sees the incorporation of clean vocals, both male and female (there were sung parts in one or two tracks on Mire, but in a much darker way than here), evocative guitar melodies, and dramatic blackgaze euphoria towards the end of “All You Will Remember”. I wonder whether bassist Conor Marshall’s experiences in Sylosis has had any influence on this, as the male cleans do remind me of some of Josh Middleton’s singing in Sylosis (and writing in his one-off project Passages), but wherever the motivation came from to incorporate these ideas, I think it was an inspired stroke, as these two tracks, and the more melodic parts of the album as a whole, work remarkably well for a band that was arguably previously defined by the ugliness of their material.

Still, as much as these more melancholic and melodic aspects are very much well-received on my part, this is a band that made a name for themselves as a huge, lumbering beast, and when both the established and the new are combined, the results are special. “It Dwells” is a fantastic early example of this, but another one that really brings everything together strongly is “Those Years, Condemned”; with a big dramatic main riff that reminds me of bands such as Dvne to immediately pull listeners in, the song makes full use of the band’s vicious dual-vocal attack, percussive intensity and guitar brutality to pound into listeners, while at the same time deftly incorporating brief-yet-effective moments of quiet. The range that Conjurer exhibit on Páthos, combined with their ability to integrate said range both within and between songs, makes this second record an important and substantial step forward from their debut.

With four years between Mire and Páthos, Conjurer didn’t rush into following up their debut, and that prolonged interval seems to have given them the time needed to evaluate where they could take the strong foundations from Mire and meaningfully build. The result is an album that has really positively surprised me, and one that should heavily reward both existing fans and newcomers.

Written on 30.06.2022 by
musclassia
Hey chief let's talk why not
More reviews by musclassia ››