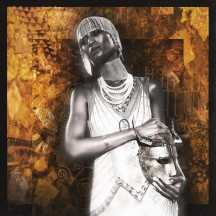 
To borrow a line from Alan Averill, “We are Nero, and Rome is burning.” Imperial Triumphant don’t just revel in deconstruction, they overindulge. Like the worst kind of WoW Alliance gankers, they corpse-camp Rome over and over, ever searching for new structural weaknesses to exploit. Why? Because they can.

What’s this dusty backpack I am carrying, you ask? Ye Good Olde Container Ov Conventions™, that’s what. What’s this weight off of my back, you ask? Seems Imperial Triumphant just tore the sad sack a new asshole. Watch my subgenres, references, analytical tools, and space-suit vanish into entropic smoke. Set your phasers to “mindfuck”, and dive into debauchery and decay to see how far into the black hole we can go by aiming in directions increasingly left-field of the centre of the orgy. I lost my sense of direction already to the tom-tommy Tommy gun of the opening tom-toms tom-tommingly tom-tomming along (bro, watch out, the amphitheatre is quicksand), given vibrant life by returning producer Trey Spruance (Mr. Bungle).

Imperial Triumphant just took off with the replacement bag their Mob Ov Merkurial Mannequins™ had sewn for me, so I’ll just borrow more lines to buy myself some time, so I can lose track of it again. Speaking of and in borrowed lines, “Once upon a time there was a line that we had drawn, we wouldn’t cross / Because it was wrong, but lines are bendable and seldom very long.” Bonus negative points to whoever may Google the non-metal artist behind these words. Yesss, non-metal, possibly even non-music. Now! Here’s how to play Curveball™! Read the rules before joining the match, break all the ones you might get away with, make up arbitrary new ones, break a prime number of rules for an unrelated game, eat some asphalt, then fart in the general direction of the goalpost while calling it silly names.

Deconstruction? Okay, can do: This is normally where I start safeguarding myself with a vocabulary highly open to interpretation. Experimental, sure, sure. Avant-garde, yeah, yeah. Progressive, technical, free-form, blah, blah. Voivod, Deathspell Omega, Kayo Dot; as I’m reaching into the depths of my Dropper Ov Names™, I barely pull my hand back out in time to dodge its spontaneous self-conflagration. For my third and last allocated quote for tonight, courtesy of Hank Von Helvete high as hell on Heroin™ (avoid clicking this for less information): “So you think you had a calzone? Well, not like this!” Tom-tom-tom-tom-tom… Reverberating growls… What time is it? Grand, I’m still stuck in the opening minutes of “Chump Change” with half a review and barely the trace of a train of thought to go; time to use a life-line. I’d go for calling a friend, but “Chump Change” has devolved into discordant decoherence, and a guitar noise masquerading as a Romicidal Raid Siren™ is drowning out any connection, so I’ll just ask for the 50/50. Heads, I win; tails, you lose. “B’boom” - Curveball™ - go!

Beats me what the spirit of music did to get Imperial Triumphant on the ass of its boundaries, but the NYC trio comes prepared for war. Knowing well the perils of walking alone, they have surrounded themselves with a makeshift tribe of misfits to help them turn the Rome-a-sackin’ (trademark pending, somehow claimed already) up to eleven. Is it here that I can finally catch a break and possibly triangulate Spirit Of Ecstasy (the title, by the way, refers to the hood ornament on Rolls-Royce; a Vile Luxury indeed) relative to some passing semblance of normality? This problem is left as an exercise for the reader while spotting, for example, elevator-saxophone icon Kenny G and Emmy-winning children’s TV trombonist J. Walter Hawkes among the cast. The former lays down a smoothly urgent solo piecewise duelling a seriously shredding guitar throughout the latter half of single “Merkurius Gilded”, anchoring its mayhem to melody for a while before getting out just in time to avoid a Curveball™ free-form scalpel dissecting the very time signature(s?) of the final section into smithereens. The latter… Ah, crap.

Listen, I’m going to level with you, I can barely tell one orifice from another here. String quartet Seven Suns bring eerie textures at places, Colin Marston (Gorguts, Krallice) might be the one responsible for previously mentioned shredding (but it turns out to be previous session guitarist Max Gorelick, who also happens to be Kenny G’s son), and Voivod’s Snake closes off the album with blood-curdling shrieks… It doesn’t really matter who does what in this vortex, and my RAM is already working overtime, so let’s aim for some sort of soft landing to this review:

Spirit Of Ecstasy distinguishes itself from predecessor Alphaville in (m)any number of ways, mainly through being even more unpredictable, but also by the pervasive, nightmarish Lynchian ambiance; the avant-garde and jazz mementos of Lost Highway being suspiciously immediate references springing to mind. This surreal ambience comes to the front on penultimate “Bezumnaya”, which develops from sparse, industrial beats into frantic blast beasts, and in fact, this is possibly the clearest reference point I can muster; Spirit Of Ecstasy sounds like it feels to watch Lost Highway (kindly refrain from asking follow-up questions until further notice), which just happens to be one of my favourite films of all time. I can say little for sure, to sum up, save for the obvious replayability inherent to the album. I’ve played it numerous times, and keep noticing new stuff all the time: a rhythmic interplay here, some tempo abuse there, impressive details abound, and if I’d been writing this tomorrow, I’d likely have too much to say. Not only that, but I believe the band has yet to reach their full potential!

Until Imperial Triumphant again reach out, Spirit Of Ecstasy will challenge, frustrate, amaze, and generally keep a lot of adventurous music lovers intrigued by, and busy with, becoming deconstructors, themselves, to sack the Rome out of this album. Until they deconstruct further into the proverbial avant-garde (forefront) of extreme music, Spirit Of Ecstasy stands as a milestone, behind layers of taunting Roman walls, but until then...

“We are Nero, and Rome is burning.”