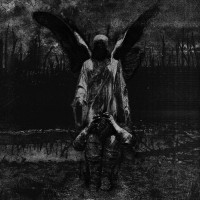 
I think it's fair to say Canada has become a hot spot for providing some of the best black metal bands in the business in recent years, bands such as Gris, Forteresse, Woods Of Ypres and of course Panzerfaust. All these bands have brought something unique and special to the black metal genre, whether it be depressive, melodic, atmospheric or traditional black metal. Despite being relatively underground until recently, I think it's fair to say Panzerfaust have stood out and made an impression, and Chapter I: War, Horrid War could well have been the main contributer to that.

Although this album is relatively short, at just over half an hour long, it most certainly leaves you such a great lasting impression; it impacts the minds of listeners in ways you can only imagine, and this is only the first part of which is to become a series of dark chapters.

The lyrical theme that this album is based around is incredibly dark and emotive, with the subject matter set around the sheer horrors of war throughout the past century, and how all those tragic victims suffered greatly throughout those shocking historic events. The album leaves you emotionally drained, creating such a vivid picture of great desperation and sorrow for those many victims that were left with no hope. The atmosphere is enough to sends shivers down any listener's spine, and describing the atmosphere as dark and eerie would surely be an understatement.

The style in which this music is presented could most accurately be described as atmospheric black metal, but the way in which they've approached this is unlike anything else you may have heard under this category. There is an element of blackened death as well as industrial metal in parts, and even sections you could consider to be closer to post-metal than black metal. The album mainly consists of blackened melodic riffs and howling screams, as well as the usual blast beat drumming and tremolo riff style; the tempo also regularly changes from calm, to mid-tempo, to ferocious outbursts, while the riffs can go from hypnotic rhythm sections, to melodic, and even complex riffing at times. Clean vocals are also introduced during the calmer sections, such as on the track "Stalingrad, Massengrab”, a track that starts typically with the traditional tremolo picking and blast beats, but then goes into a calmer, atmospheric part, which is where you hear the softer melodic side to the album.

Now, talking about saving the best till last, the closing track, "The Men Of No Man’s Land”, is clearly the highlight of the album for me. It starts off in epic fashion, with a slow dramatic and eerie build-up containing elements of doom, post-metal, and blackened death, as well as folk elements, all of which lead to a chilling conclusion, where you will hear a distorted chanting version of the song "Silent Night" being sang by what I would describe as soldiers in the trenches during The Great War in the background.

I would say the production on this album is very good, and plays a vital role at creating the album's all-important atmosphere. The most notable thing for me is the bass sound, which can be heard above the guitars at some points, something that may not please every listener, but for me this adds a much darker tone to it, allowing a darker vibe to take over the album's structure. The guitarwork and drumming are also very well mixed, and not overdone, so it maintains a slight traditional raw sound.

As I've said before, this album certainly leaves you feeling emotionally drained, and leaves a lasting impression on you. Although many consider Chapter I so far to be the pinnacle of what is to become a four-part tetralogy, I would certainly recommend listening through the next chapters as it only gets better.