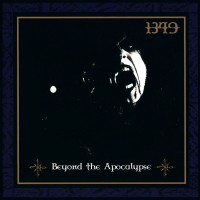 
Chapter II from the new speed masters of Norwegian Black Metal, which is exactly what this album will show you. With their second full length album, they have progressed somewhat past the obscurities of standard Black Metal and added some new things to their sound, such as a very haunting sound of Slayer-esque riffing and a solo on the Track - Internal Winter. The solo isn't half bad either, it reminded me of the opening solo from Captor Of Sin by Slayer, which was very intense and very high noted, nothing like 1349 has done before. Added also into this album was more of an outro song, it has vocals in it, but it combines a more lasting effect of being an atmospheric track then being an actual song.

The album opens up with Chasing Dragons, which of course Frost's grade A drumming is present and pounding away, this time with more of a redefined sound to it, but the same signature drum rolls, cymbal usage, and blast beats. Nothing beats a top notch drummer, in my opinion that is. Chasing Dragons is a surprisingly six and a half minutes long, very long for a very fast and drum oriented song. As you hear in this song, the riffing has progressed and gotten a lot better, there is more sound then the average power chords used. For the most part, this album is very good, if not better then their last attempt at making speed inspired black metal.

The bad part of this album? Its not generic as the last one, but its somewhat of the same thing over and over, except for the last few songs, which are a bit slower and add in a more touch of maturity that wasn't present with their first album.