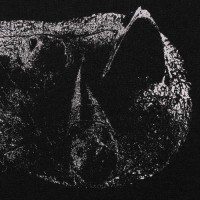 You'll find goth rock infusions in anything from black metal and doom metal to heavy metal. Some end up in gothic metal, some not. Demon Head are a heavy psych rock band bordering on traditional doom, or at least they were until they decided that goth rock is, like, really, really cool and came up with Viscera. It's dark and moody, but decidedly more on the rock side than on the metal side, even if it clearly keeps some of its traditional doom traces; the angular gothic riffing also gives Viscera an almost black metal feel at times. This is hard rock with spooky, blood-curdling vibes, with an almost ceremonial take on the sound. 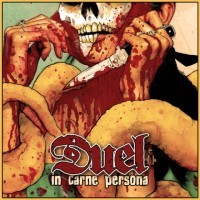 The fourth full-length by stoner/doom/hard rockers Duel would be expected to be nominated in the stoner category, but bear with us; In Carne Persona is following a more upbeat direction with influences that range from Uriah Heep to Blue Öyster Cult and from UFO to Thin Lizzy. This album boasts nine classic rockers with tasty riffs, duelling guitars, and catchy choruses that pay tribute to the ‘70s in a very satisfying way. Duel add touches of heavy metal as well as psychedelia to their songs and beef them up with tons of grooves and hooks. And “Wave Of Your Hand” is a strong contender for the 'Coolest Track of the Year' award. 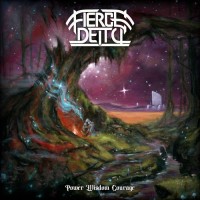 Just as the three Triforces combine to form one Big Honking Triforce, so do the three tracks named for them come together for a mighty, heroic whole on Fierce Deity's first proper album. "Power" swings low with its bold, chivalrous swagger, reminiscent of stout doom-heavy bands like Grand Magus or DoomSword; "Wisdom" takes things on the road with funky keys channeled straight from The Who's "Eminence Front" and crushing guitar grooves; "Courage" sweeps up the grand finale with a magnificent quest soundtrack that marches straight into infinity. Grand choirs and keys mix with crunchy riffs and forceful vocals for a fun, fresh-sounding mix of hard rock, power metal, and doom, an exciting combination perfectly suited to chronicling a legend. 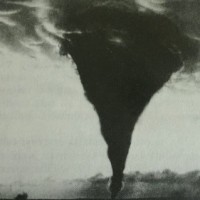 Jess And The Ancient Ones - Vertigo

Don't let the uncolorful cover fool you into thinking that this is a less vibrant album than it is. Vertigo is a melting pot of '70s retro music, a rehash to end all rehashes, picking up the best from the era to craft some colorful tunes and moving grooves. The album combines Jess's soulful vocals, which she got to flex in a solo album, too, last year, with progressive rock-tinged psych rock, complete with maddeningly playful organ, old sounds, and occult fires, and wild melodies tamed by dance-worthy psychedelia. This is the sound of a band completely confident in its ability to deliver the goods, and how could they not with such imposing vocals? 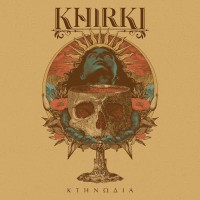 God Gave Rock 'n' Roll To You! Gene Simmons said that, so it must be true. Which specific god Mr. Simmons meant becomes as clear as ouzo when listening to the debut album of Khirki from Athens: it simply must have been Apollo, the most Greek of all gods, the mythological inventor of string music and the patron of all poets, singers and musicians. Also the band name was inspired by a goddess of the Greek mythology and it's the same enchantress Kirke, known from Homer's Odyssey, who graces the cover artwork. One song in and it's already pretty obvious that the three Athenians have inherited the love for traditional music of their homeland and a soft spot for rapidly played rock'n'roll from their divine ancestors. Κτηνωδία contains eight tracks of energetic hard rock, enriched with a few moments of stoner metal and folk music from Anatolia and the Balkans, and refined with the unobtrusive sounds of acoustic guitar, violin, tambourine, and djembe. Supported by a top-class, powerful production, the final outcome is a real banger and one of the absolute hard rock surprises of the year. 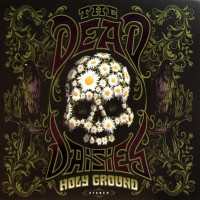 If you’re thinking you recognize that soulful, octave-spanning rasp from somewhere, you actually recognize it from everywhere – on Holy Ground, revolving rock collective The Dead Daisies hooked up with wayfaring legend Glenn Hughes for an album of groovy, charismatic hard rock stomps that revel in the decibel-defying attitude first advanced so many decades ago. Hughes wails and screeches like one eternally young and his basslines are like no other, so when it comes to dynamic frontmen, The Dead Daisies are playing with a loaded deck; it’s not just the Glenn Hughes Show, though, as guitarist Doug Aldrich (Whitesnake, Dio), drummer Deen Castronovo (Journey), and guitarist/bandleader David Lowy are all eager to show off just how much they’ve learned from their decades on the job and from the band’s of Hughes’s era. Holy Ground isn’t too different from past albums, but something about this lineup really makes the band come alive in a way it hadn’t before. 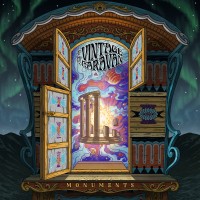 A lot of hard rock music is really focused on taking on the sounds of an era past, usually of a particular decade, and with a band name like "The Vintage Caravan" how could you hope for anything else? The Icelandic trio has more than a decade's worth of experience delivering the goods, a groovy hard rock sound with huge progressive and psychedelic sparkles, and, most importantly, a knack for sounding absolutely huge. When you have only three people in the band, you can bet that each of them is an absolute beast at what they do, both with their flair in flashy-but-not-too-flashy performances and with their catchy songwriting. Monuments is a reminder of why rock music used to be gargantuan. 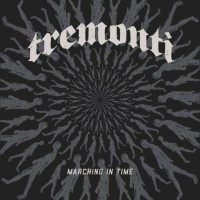 With Marching In Time, Mark Tremonti has now released more albums under his own name than he ever did with Creed, and nearly as many as he has with Alter Bridge, so this is very much not just a side-project. Adding a chunk of modern metal to the radio-friendly hard rock of Alter Bridge, Tremonti shines as a vocalist with pizzazz and a guitarist with skill to spare. From the up-tempo rompers to the lighters-in-the-air ballad, each expected box on the radio rock checklist is ticked with panache by Tremonti. 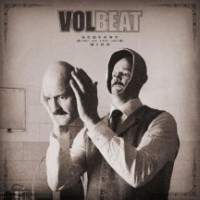 Volbeat - Servant Of The Mind

The stalling fortunes of Volbeat were restarted in exciting fashion with the most vibrant and consistent release by the band in years. Rediscovering their penchant for catchy, hook-laden hard rock, the band spread their wings further than before and propel themselves to heights the they have not reached in over half a decade. An exciting return to form that revels in simply being fun and energetic, the album is full of songs you can’t help but put on repeat and sing along to. 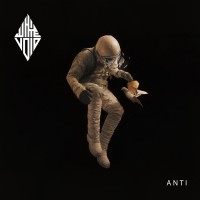 For a new side project, Lars Nedland created perhaps one of the most vital rock albums of the year in Anti, combining and crafting a whole host of disparate influences that echo throughout these eight solid tracks, from the stoner riffage to the prog-tinged expansiveness of, well, the void. If you want an album that is simultaneously engaging yet easy on the ears, then White Void is a band whose hype train you should certainly jump on as it pulls out of the station at full speed.