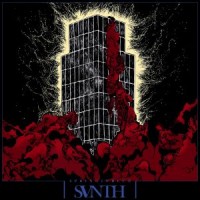 Colin Marston is mostly known for producing dissonant tech death, but he is surprisingly great at bringing SVNTH's post-black metal sound to new heights as well. The sound may not be at the height of popularity it once was, but SVNTH reminds us why the serene post-rock/shoegaze sound contrasted so well with the raw and visceral black metal one. And with most of the songs being over the 10-minutes-mark, you know you'll get your worth of contrasting sounds. 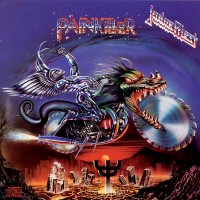 30 years ago, on September 3, 1990, Judas Priest released the perfect heavy metal album. Not A perfect heavy metal album - THE perfect heavy metal album, a nonstop death machine bristling with power and speed that puts all competition to shame. The title track really says it all: it's iconic from head to toe, opening with Scott Travis's merciless drum volley and closing with Rob's peremptory shriek of "PAIN!!", with some of the greatest shredding ever committed to wax in between. But the album doesn't end there; for 47 minutes, Painkiller holds its listeners captive with stratospheric screeching, face-melting guitar solos, and the sleekest, heaviest, most brutally effective solution of thrash-laced heavy metal that the world has ever heard. The snarling evil of "Night Crawler," the pummeling metallic frenzy of "Metal Meltdown," the epic and intimidating groove of "Hell Patrol" - every track is a guaranteed killer from one of the most legendary bands ever to give meaning to the phrase "heavy metal." I love the myriad styles of metal music and I embrace it in all its deathly, blackened, doomy, thrashy, folksy, grindy, djenty extremity, but when it comes to the grand tradition, the classic sound, the stuff that "heavy metal" in its purest form is made of, there is nothing better than Painkiller. 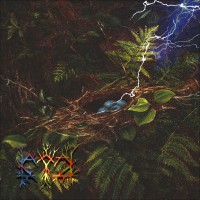 Though Brazil's Kaatayra has released four genre defying black metal releases in the past two years, two of them just this year, it is Só quem viu o relâmpago à sua direita sabe that stuck with me most, mostly because it was both the first one I listened to and the one that shook things up the most. Completely defying metal's longest held rule: it must have electric guitars; Só quem viu o relâmpago à sua direita sabe instead sometimes sounds like Botanist lite or like atmospheric black metal with acoustic instruments instead of electric ones, but the Brazilian folk embeddings and their layering makes it sound like more than just its gimmick, showcasing great skill and ambition for a one-man band that successfully made black metal sound natural. Though if you miss the electric guitars, you can hear them in the other album they've released since: Toda história pela frente. 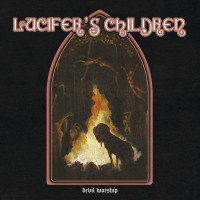 So a couple years after I pack up and leave Asuncion, boom, DOOM! iJapiro! In any case, underproduced, female fronted 70's doom estilio Paraguayo. If you really want the BitterCOld-PY experience, put yer stereo in your bathroom, crank the shower as hot as it goes, leave for 20 minutes, shutting the door behind you. Grab a six of watery lager, re-enter the bathroom when it's nothing but a steamy fog. Crank the music, bang along, drink your cervezas. When done, go out and find yourself a lomito. Anecdotes and humor aside, check out the tunes. Good to see PY on the metal map. Lucifer's Bandcamp 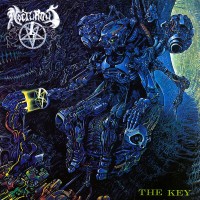 Another influential album released somewhere in August 1990, this one coming from Florida, the hotbed of early American death metal. Nocturnus may not have been the first band to take death metal in a more progressive direction, fellow Floridans themselves like Death and Atheist were already making their steps, but never had a death metal band incorporated keyboards that heavily into their sound and basically birthed technical/progressive death metal's fascination with space and sci-fi. Though they're not as technical as most of their peers and descendants, the musicianship on here isn't to be taken lightly, especially considering how unusual it is for the drummer to be the vocalist as well. 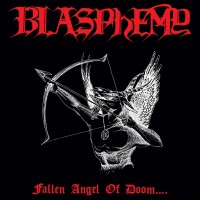 In a time when black metal was in its infancy and death metal was starting to become more mainstream and polished. A bunch of Canadians wanted it to return to it being as primitive and evil as possible. Ever since Fallen Angel Of Doom... was released roughly three decades ago, every war metal band ever wanted to sound just like this and to look just like this. And in ironic black metal fashion, they were probably the first black metal band to actually have a black member. 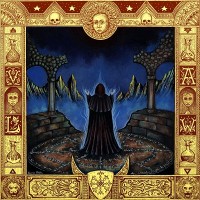 Initiatio is unfortunately the final full-length release of Ysengrin but an excellent adieu for the band nonetheless. It is a mystical, occult and avant-garde mid-tempo black metal album blended with doom and death metal, in the vein of Mortuary Drape and Necromantia, mainly due to the use of two basses as the instruments of choice for driving the songs. The sound feels raw and ancient but, most of all, dark and ritualistic. Half of the tracks have reappeared in early demos of the band and are reinterpreted here with new arrangements but always respecting their primitive nature.

Mastered on analog gear and graced with a wonderfully obscure cover art by Luciana Nedelea, Initiatio is Hermeticism in music form. 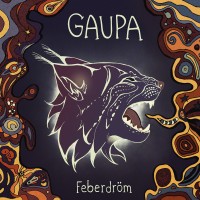 What would it sound like if Björk fronted a psychedelic rock band? 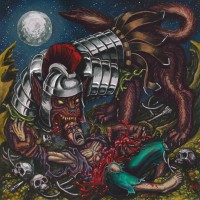 One-man Roman-Empire-themed black metal from Australia. What more do you need me to say? 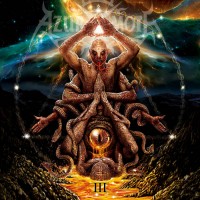 The third album of Azure Emote, the project of Mike Hrubovcak (Monstrosity, Vile) and Ryan Moll (In The Fire, Rumpelstiltskin Grinder), is an avantgarde and progressive take on death metal. Based on inventive riffs and adorned with industrial and electronic sounds, it also incorporates violin by Pete Johansen (ex-Sirenia, ex-Tristania), keyboards by Jonah Weingarten (Pyramaze, Echoterra), as well as the beautiful voice of Melissa Ferlaak (Aesma Daeva, Visions Of Atlantis). A lot of talent gathered to create The Third Perspective, a unique and thoroughly enjoyable metal music offering that comes in two versions; a full one and an instrumental one. 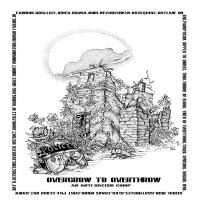 Compiling 31 songs from bands such as Chaos Moon, Panopticon, Thou, Obsequiae and Doom, courtesy of Bindrune Recordings, this digital only release donates all proceedings to Black Lives Matter and Life After Hate. 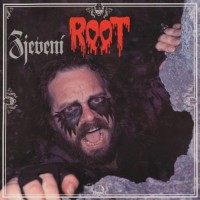 Though I doubt anyone knows when this album's 30th anniversary is exactly, today Withing Hour Productions reissued this album with a whole bunch of extras, so it might be time to remember this overlooked Czech classic. Though I admittedly prefer their compatriots in Master's Hammer, and I do think the cover art and the music is incredibly goofy, it's still a pretty incredible sample of first wave black metal, mid-paced, rooted (no pun intended) in heavy metal, but with an evil doom tone as well. It's incredibly simplistic, and even as goofy as it is, it still manages to feel authentic. Big Boss was in his late 30s when Zjevení was released, so it's never to late to start your own influential black metal band, and he is still fronting Root to this day. 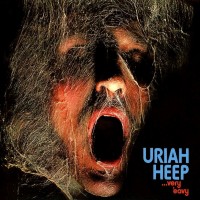 
"
David Byron didn't have Ian Gillan's vocal chops, but damned if he does not give it his all here. Mick Box's guitar does have plenty of great moments here, but I'd be lying if I said that Ken Hensley didn't absolutely steal the show with his organ. While not entirely "'eavy", there's no denying that this album, released 50 years ago today, and starting Uriah Heep's career, deserves its place as an early metal classic, even if just for the opener alone. 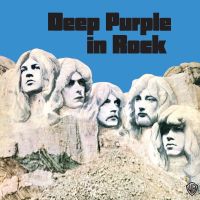 I am fairly sure that the world in 1970, precisely 50 years ago, wasn't ready for Ian Gillan's screams in "Child In Time". Or for most things else in "Child In Time" for that matter. Or for Ritchie Blackmore's galloping guitars in "Hard Lovin' Man". Or Jon Lord setting a new standard for using organ in heavy music. It wasn't the first Deep Purple album, but it was the first in this lineup, the one which is the reason why we even talk about Deep Purple on a metal site. There were hard rock bands before, but none of them, sans the one that literally birthed heavy metal, was as heavy as Deep Purple was on In Rock. 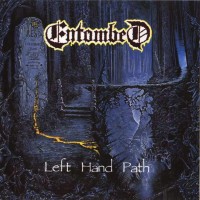 30 years ago today, Entombed taught the world what Boss HM-2 and DS-1 pedals could do to a cheap rig and, by extension, what Sweden could do for death metal. Left Hand Path was not the first death metal album recorded by a Swedish band, nor was it the first recorded by Tomas Skogsberg at the legendary Sunlight Studio, but it was arguably the first Swedish death metal album: with evil-infused hardcore punk riffs, D-beat drums, mid-range harsh vocals, and guitars so distorted they sound like two slabs of concrete being scraped together, Entombed set a trend and heralded the irruption of one of heavy metal's most iconic and influential scenes. Even though they themselves would not stay on the left-hand path for much longer, crossing over into death'n'roll, between this album and Clandestine Entombed are rightfully remembered as death metal legends. Here's to three head-kicking decades of buzzsaw guitars, strangled growls, and dark, crushing Swedeath.