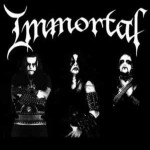 Inspired by Metal Storm's very own "Getting Into" series.

Back in the day when black metal was starting to thrive and prosper in the Norwegian underground, a lot of bands were gaining cult followings and fame because of their controversial lyrics, offensive live shows, and evil aesthetics. Church burnings and murder cases were enough to bring those bands into the first pages of newspapers, and spread word of them. However, some bands managed to isolate themselves from this method whilst still succeeding in spearheading the scene and creating adept compositions. Immortal is one of them. Despite the band's usage of traditional black metal looks, they stayed away from any subjects that are bound to arouse controversy. Instead of praising Satan, Immortal sang about darkness and evil in general, the harshness of winter and the fantastical, mystical land of Winterdemons, Blashyrkh, that guitarist Abbath created. Immortal, known as the kings of northern darkness, were never an unoriginal band; they were one of the earliest black metal bands, and in their later days, they fused black metal with thrash and heavy metal, thus creating a sound that is their own. So, here's a guide to get into the mighty Norsk warriors, Immortal. 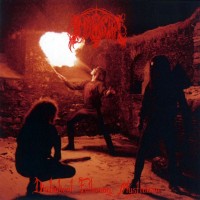 Immortal released their debut, Diabolical Fullmoon Mysticism, in 1992. Diabolical boasts a lot of features that are synonymous with old school black metal, yet it still is very fresh sounding, and very promising as it comes from a really young band, which hasn't yet found its own sound. The vocals are not like Abbath's usual croaks, nor is the overall songwriting. Still though, this is a good piece of black metal of the muddily-produced variety. One significant feature of the album is the inclusion of solos and leads, which are not quite common in black metal.
Rating : 8.0/10 Representative Track: Unholy Forces of Evil. 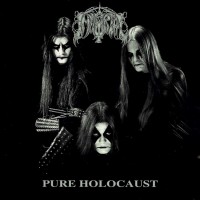 After the release of Diabolical Fullmoon Mysticism, Immortal unleashed a genre-defining black metal landmark; an album that takes its rightful place amongst the essentials of old-school black metal. Pure Holocaust showcases Immortal's own sound. Very fast tremolo picking over blazing blastbeats with Abbath's signature croak to top it all. But what really stands out in Pure Holocaust is that it's truly a holocaust. This record is representative of chaos and mayhem, with an atmosphere that can be described as ominous, dark, war-like, and foreboding.
Rating : 8.9/10 Representative Track: A Sign for the Norse Hordes to Ride. 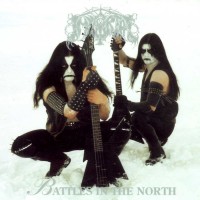 Battles in the North sees Immortal finally embracing their aesthetics. The whole album sounds grim and frostbitten, there's something about the riffs that makes them sound like they were played amidst the tempest and finally you have the raw production. All these factors meld together to form a brutally sounding slab of classic black metal with lyrics about winter and cold. Even though Battles was never as influential as its predecessor, it was the pinnacle of Immortal's pure black metal era and the end of it.
Rating : 8.7/10 Representative Track: Blashyrkh (Mighty Ravendark). 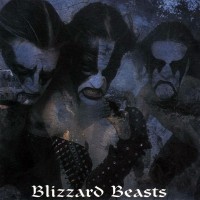 Blizzard Beasts is the turning point in Immortal's discography, albeit a weaker one compared to their earlier works. Blizzard Beasts takes that style of its predecessor and it infuses it with thrash elements, but doesn't really get it right. Unlike earlier Immortal albums, the tracks on Blizzard are not really all that memorable. "Mountains of Might" is the standout track in the album, and is the best of what it has to give. Still though, Blizzard Beasts is an important effort done by Immortal, not only because it showcased the band in a new way, but also because it gave us an idea of what to expect later on.
Rating : 6.9/10 Representative Track: Mountains of Might. 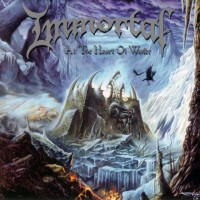 After the not-so-great effort of Blizzard Beasts, Abbath and co. delivered the album that is regarded by many as their magnum opus: At the Heart of Winter. This record blends black metal with thrash/heavy influences in an outstanding method and very epic undertones. Phenomenal songwriting is the main trait of the album, as all the tracks flow beautifully, creating a marvelous, emotional journey to Abbath's imaginary land of Blashyrkh. Still being Immortal-esque to the core, At the Heart of Winter is a twist in the musical direction that is successful, wondrous and influential. (Thanks to Immortal for this great gem!)
Rating : 9.5/10 Representative Track: Withstand the Fall of Time. 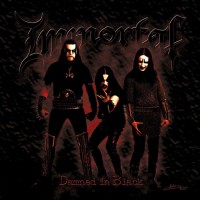 With Damned in Black, Immortal retain the style of At the Heart of Winter, yet in an underwhelming way. The thrashy elements are brought to the front, and the whole music is weakened by the crystal clear production. The songwriting on Damned is musically stellar, even though it lacks the soul and the energy on At the Heart of Winter. So, despite being adept composition-wise, Damned in Black isn't exactly what Immortal fans expected as a follow-up to the magnificent At the Heart of Winter. It will forever stay in the shadows of its mighty predecessor.
Rating : 7.5/10 Representative Track: Wrath From Above. 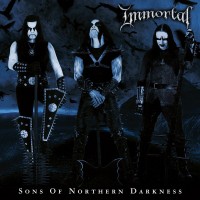 After Damned in Black, Immortal brought the black metal into the forefront again, and this had great results. Sons of Northern Darkness is Immortal's return to their top form. Sons utilized the same style of songwriting that is on At the Heart of Winter, yet without falling into the errors of Damned in Black. The songs were again epic and energetic, though not overly-epic as At the Heart, and the album wasn't overproduced like Damned. Therefore, Sons of Northern Darkness is a a great slab of blackened heavy/thrash (whatever that is) that showcases Immortal's skillful techniques and the band's consistency. After Sons, Immortal split for various reasons, only to reform later on.
Rating : 8.8/10 Representative Track: Sons of Northern Darkness. 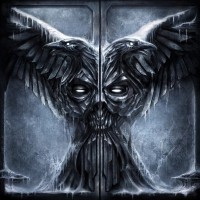 Immortal released their first album after reforming, All Shall Fall, in 2009. This new record emphasizes the style of Sons of Northern Darkness. For a band that hasn't released an album in nearly seven years, All Shall Fall comes off really decently. Abbath, though, isn't as relentless and violent as he used to be. A good way to describe All Shall Fall would be that it's a less abrasive and more welcoming version of Sons, and while it doesn't even try to overthrow Immortal's best, it shows that Abbath and his band are capable of writing consistent music.
Rating : 8.1/10 Representative Track: The Rise of Darkness.


And so, as a conclusion, Immortal are worthy of being one of the most respected black metal bands of all time. They started off as a raw black metal band, released some classic material and then experimented with other genres; and that, along with their consistency, made them what they are today. In addition to their main discography, Immortal released two demos before Diabolical Fullmoon Mysticism, which represent a very raw side of their music. They also released their live album, Seventh Day of the Blashyrkh, in 2010. With Seventh, Immortal proved that they were also adept at performing live.