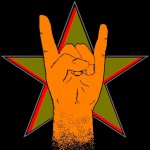 Masters of combining melodic, sad, romantic and hard rock elements in their sound. Creators of albums like Boston, Don't Look Back or Third Stage and hits like "More Than a Feeling", "Don't Look Back", "Foreplay-Long Time", "A Man I'll Never Be" and "Amanda". A band formed in 1976, launched the first album and most successful in the same year of foundation. Boston (1976) is one of the most dear albums in the hard rock scene. Recognized by having Brad Delp (one of the greatest voices of all time...that left the band and died way too early) with a guitar player that is an example of dedication in the music industry. Alongside bands like Nazareth, Blue Öyster Cult, Chicago and Uriah Heep, they helped to make history in the world of music.

Boston is, in my opinion, one of The Lost In Rock And Heavy Metal. The band lost their edge after the release of their third album entitled Third Stage. Boston felt the pressure of the 90's with the rising of new musical styles, but also, for other reasons like administrative, managerial and commercial reasons that led to the end of their apogee as one of the top selling hard-rock bands in the world.

Officially formed in 1976 by Tom Scholz and Brad Delp, they released the self-titled debut album entitled Boston that same year. Before the release of their debut album both musicians had very interesting academic stories. Tom Scholz first started writing music in 1969 while he was attending MIT, where he joined the band Freehold and met guitarist Barry Goudreau and drummer Jim Masdea, who would later become members of Boston. After graduating with a master's degree in mechanical engineering, Scholz worked for Polaroid, where he used his salary to build a recording studio in his basement, and to finance demo tapes recorded in professional recording studios. The demo tapes were sent to record companies, but were rejected. In 1973 Scholz formed a band that disbanded a year later. Regardless of this he continued working with Brad Delp and Masdea in order to create six new demos. Scholz played all the instruments on the demos, except for the drums, and used self-designed pedals to create the desired guitar sound. It was only in 1975 that Delp and Scholz earned a contract deal with Epic Records, after a live audition for the record company executives and reformation of the band's lineup the band agreed to put out 10 albums over the next six years. 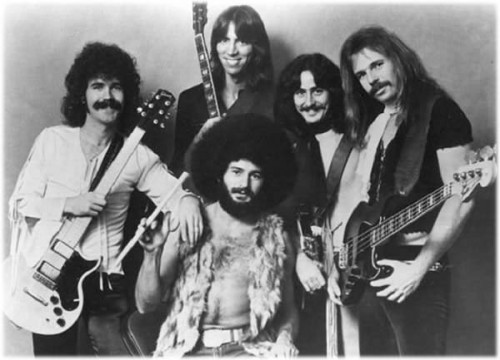 In addition to the firing of Masdea, the record label also insisted that Scholz re-record the demo tapes in a professional studio. However, Scholz wanted the record to be recorded in his basement studio, so that he could work at his own pace. Upon request of Tom Scholz, Masdea played drums on the track "Rock and Roll Band" and the instrumentation was recorded in Scholz's studio. The multitrack tapes were then brought to Los Angeles, where Brad Delp added vocals and the album was mixed. It was then that the band was officially named Boston.

Finally the band was formed under contract of a record label and on August 8, 1976 Boston was released; it was the band's biggest success and is the second best-selling debut album in U.S. history with over 17 million copies sold. With the release of this album the band felt some pressure: at the time, Boston wasn't known to the general public and made a big hit on the minds of the fans. The group attracted lots of attention and publicity, with major commercial success and a tour that lasted over a year where they opened for bands such as Black Sabbath, Blue Öyster Cult and Foghat. After the release of this record the band was nominated for a Grammy award as "Best New Artist"; Boston was the first band in history to make their New York City debut at Madison Square Garden. Boston was a big hit wherever they played and they were gaining more and more fans. Money, fame, reputation and worldwide success led, in my view, to the ruin and decline of Boston.

Boston is my favorite album of the band and is definitely a mark in the music industry as one of the top albums ever recorded. Still it's also one of the factors that led to the fall of this amazing group. The band was a victim of their own success, not only that, they were taken advantage of throughout the years with legal issues and administrative reasons.

Like I said above, Boston is an example of how rock music should be made and played. Boston was able to mix new styles with old styles. They are one of the few that can mix emotion, feeling, love and personal relationships in one song and make it a tremendous commercial success. Describing Boston's style throughout their career seems a bit unfair, mainly in the debut album, where the group was able to mix, superbly, hard rock and progressive rock elements (with a very tiny heavy metal influence in drum and guitar parts). If this album isn't perfect it's almost perfect, very close to the big "10" score. Exquisite job by the band's biggest representatives Tom Scholz and Brad Delp. The writing and production styles of Scholz combined with extraordinary guitar composition make this album a pleasure to any fan of good music; the fantastic voice of Brad Delp reflects Boston's emotional style, puts every single song at a higher level. The entire album is very rock oriented, mixing it with melody, superb guitar compositions, very good solos, off the chart vocal performance by Delp, and an overall outstanding drum and bass compositions. 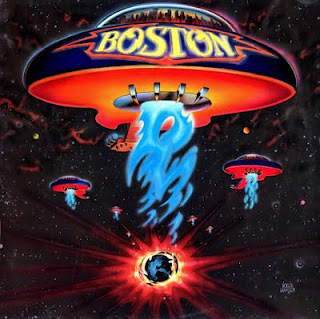 Artwork of Boston
Boston track list:
01.More Than A Feeling
02.Peace Of Mind
03.Foreplay/Long Time
04.Rock N Roll Band
05.Smokin'
06.Hitch A Ride
07.Something About You
08.Let Me Take You Home Tonight

Most of the songs in Boston's debut album were a major hit and are recognized today. Boston was way too successful and almost flawless; the band wasn't able to follow up with something as good as this debut. With this album Boston helped the re-emergence of the heavy/hard rock style and the style earned a new position in the world of music. Although established for over thirty years Boston released a small number of albums, ever since 1976 the band only released five full-length studio albums.

In 1978 Don't Look Back was the second studio album and is the second most successful album of the Massachusetts natives, selling over 7 million copies in the first month of its release. It contains big hits such as "Don't Look Back", "A Man I'll Never Be", "Feelin' Satisfied" and "Party". Despite the album's success Tom Scholz wasn't happy with the result but released the second album due to the pressure of the label. It's definitely "worse" than the predecessor, but it is a great rock record with Scholz and Delp as the leaders of a great performance. The success of the debut album didn't repeat itself and the third album only came out in 1986. Between 1978 and 1986, the band (mainly Tom Scholz) battled with legal problems. While Scholz and Delp were recording new material for the third Boston album, CBS filed a 60 million dollar lawsuit against Scholz, alleging breach of contract for failing to deliver a new Boston album on time. The legal trouble slowed progress toward the completion of the next album, which took six years to record and produce. Eventually Scholz won the lawsuit's first round and Boston signed with MCA Records. After immense struggle, finally Third Stage was released in 1986. The final result was actually a good one. Third Stage was composed of two or three big hits that reached high positions in the charts, both album and "Amanda" reached #1 on Billboard.

Eventually Tom Scholz won a seven-year battle against Epic, which claimed Boston had reneged on its contract by taking so long between releases. In 1994 Boston released Walk On without Brad Delp in the band, who had left in order to concentrate on other projects. Walk On reached #7 on the Billboard Top 200 Albums chart, but failed to capture the attention of most AOR fans. Perhaps because AOR and classic rock stations began losing their audiences in 1992 and Scholz wasn't able to reach the degree of perfection he desired in previous albums. After a few changes on the lineup, and the return of Brad Delp, Boston released Corporate America in 2002, which featured the band's largest lineup ever. 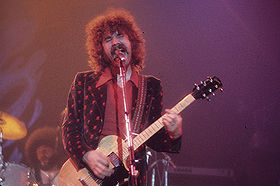 Brad Delp
On March 9, 2007 Brad Delp committed suicide at his home, according to the New Hampshire medical examiner, Delp's death was the result of suicide by carbon monoxide poisoning as evidenced by carboxyhemoglobin.

In the present day, Boston is expected to release its sixth full-length studio album next year (2013).

In my opinion, Boston is one of The Lost In Rock And Heavy Metal due to the fact that the band lost their edge, not because of the group itself but because of legal, administrative, managerial and technical reasons that caused the fall of one of the biggest groups in the 70's. Boston was able to combine several music styles and were pioneers of the re-emergence of the hard rock that at the time was "being pinned" by other styles such as punk and disco. Formed by true musicians, lead by one of the greatest artists that performed, wrote, sang, played and produced throughout his career; represented also by one of best male voices the music world as ever seen, Brad Delp. Nowadays, Boston is not even known to the rock and metal fans, being surpassed by "bands" that don't have half the talent this band had and has. For most fans, that know the band, Boston's time is over. I really hope that in the next year (2013), the band is able to release an epic and iconic album that can do justice to their name!


Check below some of the major hits Boston composed:


Hope this article can help the readers to extend their taste to some of the good rarities the music world has to offer.