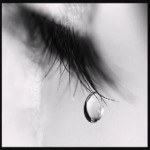 Gary Moore - Empty Rooms
It's an 80's classic, a very good rock ballad with great lyrics, concept and performance by the late great Gary Moore. From the 1985 classic entitled Run For Cover, that counted with participation of the icon Phil Lynott before he died in 1986. "Empty Rooms" tells the story of a man that is depressed and alone because he lost his love. Technically, it contains a very good and almost enraged solo, reflecting the loneliness and the need in being strong of the character.


Genesis - Looking for Someone
It's a song taken off of the very solid Genesis' second album, released in 1970. "Looking For Someone", it's the first track of the album. I always had several interpretations about this song; it's quite rich in concept. It's about a man lost in objectives, it isn't about someone looking for someone but it's more about someone looking for something. But I feel it can have other interpretations and sentiments, every time I listen to the track, I have more the feeling of someone that is trying to get his life together and trying to have an objective in life.


Deep Purple - This Time Around-Owed To 'g'
These are, actually, two songs put together, "This Time Around" and "Owed To 'g'". The first track interpreted by Glenn Hughes and music by Jon Lord. The second track is an instrumental composed by Tommy Bolin. It's a track taken off the very credible Come Taste The Band from 1975. These tracks, put together, don't really have a straightforward meaning, but somehow, bring a sense of peace and calm. It's sung by the distinctive and profound voice of Glenn Hughes and accompanied at the keyboards by Jon Lord in "This Time Around" and played superbly by Tommy Bolin in "Owed To 'g'" with great guitar moments.


Marillion - Warm Wet Circles
All songs in Marillion's discography have a meaning and a story behind them. This track is no exception. "Warm Wet Circles" isn't the easiest track to interpret, but this interpretation may very well be one of them. It's about a girl's desire to grow up and need to compromise with someone; she wants to get married and to have a life with a man. In the end she ends up being hurt and realizes that was used. Track taken off Marillion's 1987 Clutching At Straws. One of the top albums and top songs of their discography: very-well designed storyline, great group performance and one of the most progressive records of Marillion.


Procol Harum - A Whiter Shade Of Pale
It's one of the most moving tracks in music, taken off of Procol Harum's homonymous debut album, released in 1967. It's about a relationship and a journey. It's about loose pieces that aren't stuck together. It may contain several interpretations. It's one of the most difficult songs to interpret; still one of the interpretations may be that it's about a "drunken" seduction between a man and a woman that in the end is consummated. Gary Brooker's voice is soulful and full of spirit. Instrumentally, the song's melody is inspired in Bach mainly in the organ parts but also borrows ideas from "When a Man Loves a Woman" by Percy Sledge. In the video the song starts at 1:26.


Queensrÿche - If I Were King
One of Geoff Tate's best written works in Queensrÿche, it comes off the 2009 record entitled American Soldier. Their 2009 album talks about war and its consequences. "If I Were King" is one of the most emotional tracks in the album, and deals with the aftermath in losing a friend in combat.


Geddy Lee - Slipping
From the first and only album, of Rush's bass player and vocalist, entitled My Favorite Headache, "Slipping" is a ballad taken off this very good debut album. Its meaning is quite powerful and carries a very strong message. Geddy Lee's performance is soulful and full of intent, making one of the best performances on this album. For me, "Slipping" might have two narrators (the helper and the helped). The track talks about a person's misguidance in life, although being helped, the helped person doesn't seem to improve or get better. Of course, several types of misguidance might be interpreted like drugs, alcohol, gambling or any other type of personal problems.


Led Zeppelin - Since I've Been Loving You
This song is the fourth track featured in Led Zeppelin's third album, Led Zeppelin III. It's about a man madly in love with a girl. He does everything she wants and asks, but in the end she leaves him. It's a track very well known for the great combination between Robert Plant and Jimmy Page. The dramatic voice of Plant combined with the grinding and penetrating guitar moments of Jimmy Page, makes this track one of my favorites but also of the general Led Zeppelin fanbase.


Tony Martin - Why Love
From Tony Martin's 1992 first solo studio album entitled Back Where I Belong. It was recorded after Martin's brief replacement in Black Sabbath by Ronnie James Dio in the early nineties. The iconic frontman played all instruments himself when recording demos for the album, but a variety of musicians performed on the actual album.


Rush - Nobody's Hero
From the 1993 record entitled Counterparts, this is a powerful ballad with an awesome performance of the excellent Geddy Lee. It deals with separation and the hard reality of moving on and continuing with life. Although someone drifts apart, nobody is "irreplaceable" in life and nobody's hero.


The Band - Whispering Pines
"Whispering Pines" is taken off the group's second studio album released in 1969. The Band can function as a concept album which focuses its attention on people, places and traditions. It's considered one of the best albums of all time. The song itself may have various interpretations. It may be more about ambience rather than a specific story; nonetheless, it's a difficult track to analyze. Many people may interpret, like me, to be about loneliness and depression. The singer is isolated, either in a gloom or in a dream. It's a duet by Richard Manuel and drummer Levon Helm. "Whispering Pines" is a piano ballad composed by Richard Manuel and Robbie Robertson.


James Gang - Mystery
Beautifully played by Tommy Bolin, "Mystery" is taken off the great Bang released in 1973. Bang is the first of two albums featuring Bolin as a member. "Mystery" is without a doubt the most spiritual and sentimental track of the album. The track presents a more orchestral instrumental arrangement and it is very different from the rest of the album. Bolin's playing is magical and inspirational and confirms my idea that Bolin is one of the most underrated artists the music world has ever seen.


Van der Graaf Generator - House With No Door
It comes off of Van der Graaf Generator's third album entitled H to He, Who Am the Only One, released in 1970. The track is about depression and solitude. It's a cry for help. "House With No Door" was composed by lead vocalist Peter Hammill, who also plays the acoustic guitars and piano on this song. It's an incredibly sad song by one of the pioneers of progressive rock.


Golden Earring - Remember My Friend
It's a solid ballad from the Dutch hard rockers Golden Earring, this is a track taken off of the fourth studio album entitled On The Double released 1968. "Remember My Friend" is about hope. Beautiful instrumental composition and wonderfully interpreted by Barry Hay.


Thin Lizzy - Still In Love With You
It's by far one of the most romantic and sentimental songs ever made by Thin Lizzy. Although it was largely composed by Gary Moore, in all Thin Lizzy releases the song is credited to Phil Lynott. Gary Moore composed the song in 1969 and had not recorded the song himself prior to his brief involvement with Thin Lizzy in early 1974, and it is his guitar solo on the finished recording on the Nightlife album.


David Gilmour - There's No Way Out of Here
It's the last song of this article. The song is featured on the debut album of the legendary guitar player David Gilmour, released in 1978. The album is entitled David Gilmour and is basically a rock album with Gilmour's guitar as the prominent instrument. "There's No Way Out of Here" is difficult to interpret: many have said that it is about life, others have said that it is about hell and there are opinions that the song may be about Gilmour's entry in Pink Floyd. Personally, I think it may have a little bit of all three. In 1978 Pink Floyd was going through a difficult phase and Gilmour could have written the song about the band's situation: "There's no way out of here/When you come in/You're in for good/There was no promise made/The part you played/The chance you took." It can be about certain choices in life that can lead to certain consequences: "There's no time to be lost/You'll pay the cost /So get it right /There's no way out of here/You're in for good."

This article divided in three parts is only my opinion and has no official purpose. The text may serve as an alternative for the typical "list of emotional tracks". Many more songs might have been featured but I think three parts are quite enough to transmit a good idea of the theme in question. Most of the songs featured in the article have strong emotional content and are from bands that might not be so well known to the public and aren't usually featured in the typical "list of emotional tracks".