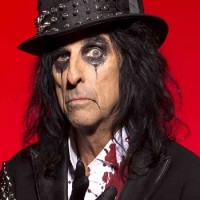 Getting Into: Alice Cooper

It would be impossible to quantify the vast influence that Alice Cooper has had on hard rock and heavy metal. The name originally described a quintet, who moved from humble beginnings as a psychedelic band under the aegis of Frank Zappa to international success with twisted hard rock hits and groundbreaking stage theatrics. By the mid-1970s, internal tensions dissolved the band and vocalist Vincent Furnier took the name for himself, becoming Alice Cooper the iconic solo artist. Called the Godfather of Shock Rock and lauded for his role in shaping the emerging heavy metal scene, Alice developed a persona marked by gruesome onstage antics and sinister themes, cultivating an enduring influence on all things dark and evil. Though Alice's vaudevillian blackguard character has remained an integral part of his career through the decades, he has experimented with a wide variety of musical styles and produced a vast array of works often overlooked by casual observers or overshadowed by his reputation.

Alice Cooper has been a part of the music business for over 50 years; he's seen and done it all, since the days when The Beatles still existed, "hard rock" was what people threw at hippies, and "heavy metal" was what Tony Iommi operated for a living in his factory. The name "Alice Cooper" - whether referring to the original band of horror-fixated hard rockers, the master of operatic orchestrations, the brutal metal vigilante, the glammed-up chart-stalker, the rough-and-tumble street punk, or simply the Godfather of Shock Rock himself in all his face-painted glory - holds a special significance in the hard rock and heavy metal world that few can approach. Alice is a man of many styles, and he never rests on his laurels; he constantly seeks out new inspirations, adapts himself to new scenes, and pursues the best possible incarnation of himself.