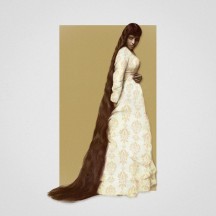 
That is most definitely false. A lot of people who sing are actually horrible people. So Hideous debunked!

It's been quite a while since we last heard from So Hideous. Two albums in 2013 and 2015 and then... six years of no releases. And they already had a pretty winning formula even back on Laurestine. They took the blackgaze sound of An Autumn For Crippled Children, but especially more of the screamo-adjacent kind of Deafheaven and Envy, and merged with, like Envy did, with a bunch of chamber music inspired post-rock in the vein of Mono. The result were albums that seem to follow a tradition of "classical" melodies and crescendos blended with some skramz emotional intensity, all through a post-metal filter. And it worked because metalgaze is usually built upon such contrasts, and finding unique ways to create that contrast always feel rewarding.

None But A Pure Heart Can Sing doesn't feel fundamentally different from Laurestine, but while I could call Laurestine a post-black metal album, it would be dishonest to call A Pure Heart one too, since the black metal has all but vanished, and all remaining traces of it, the some riffing and blast beats, have been properly integrated into the screamo part of their sound, which is the part that fuels the harsher part of the contrast. Screamo is a term with a pretty negative connotation in metal, but its blending with various genres in Deafheaven, Envy, Tenue, Sugar Wounds, and even with chamber music in Lorem Ipsum, show a continuity for the genre's continuous appeal both on its own and as a crossover with the metal world. So it's not surprising that it doesn't have to be passed of as post-black or as sludge or grind anymore. It is what it is.

And whereas the harsher side evolved past the need for black metal, the post-rock side feels even more beautiful. The orchestral backside feels even less like a backdrop nuance and more like an inherent part of the sound. The entire blend feels more cohesive, regardless of how much the two sides contrast each other, because they do so in a very synergetic way. The post-rock part can follow the screamo side's intensity, and the screamo side can emphasize the post-rock side's flow, thus they never really feel like conflicting sides. It's like you listen to it and you think that of course screaming and blasts should go along with post-rock tremolo, as if it had always been meant to be like that. And even if there are more moments where the post-rock side takes center stage, the balance doesn't feel uneven.

If I went ahead and said that it would be hard to call A Pure Heart a metal album because all of its components are merely metal-adjacent, I feel like I would be doing the album a disservice. After all, it's not too dissimilar from a lot of stuff that doesn't raise any similar concerns of their metallic nature, and I am reviewing it for a metal website. But metal has no monopoly on heaviness and harshness. And all this discussion doesn't really matter, unless you really have to figure out what tags to apply to this. What matters now is that So Hideous are back. And they're back in style.

Written on 09.12.2021 by
RaduP
Doesn't matter that much to me if you agree with me, as long as you checked the album out.
More reviews by RaduP ››