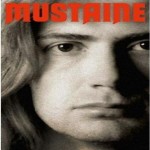 
If you are a BIG Megadeth fan, you've probably asked yourself one of the following two questions: "How does he pull off those solos on Wake Up Dead and Holy Wars... The Punishment Due?" and the second one being "How did this man survive being from the scum of the earth to a God?" since the diehards know that he lived in impoverished conditions as a kid and was kicked out of Metallica. This'll probably catch your interest off the bat, learning about THE front man of Thrash Metal's founding fathers and all the trials he's faced.

"Hello me, meet the real me" is correct. What you see is what you get with this book; pretty much describing his trials in Megadeth through his perspective. The thing about Dave Mustaine is that he provides such an intricate viewpoint (whether it be in a book or an interview) on things that you don't even take into account or you have but never really focused on enough. To make an assumption about this book it really isn't a matter of whether it was good or not, it was about whether it was interesting or not. And trust me, it was very interesting. You get to learn a bit more about the struggles of being a musician of his power (the Youthanasia saga, Ellefson versus Mustaine lawsuit) and having to deal with defeat (Metallica and their success, suffering that injury in his hand) plus more about his personal life.

Despite being a New York Times bestseller I think that there was one significant problem with the book: it was released at the wrong time. The book as stated by Mustaine was that it was edited around November 2009 and was to be released in August 2010 when that was the problem. By the time the book was released, he rekindled his relationship with his best friend Dave Ellefson (the original bassist), the Rust In Peace anniversary tour and the Big Four tour, a big staple in metal history! This was pretty crucial to closure in Mustaine's life because it revolved around how he was trying to fix relationships with his buddy and to show that he's happy about Metallica's success instead of hoping that they fail. That, and he could put a little more depth about the recordings of United Abominations and Endgame in addition to his partnerships with the members of the band (more so Chris Broderick, the current lead guitarist, because he specifically shows favourable results between the two of them).

In the end, the book is a great read not just for a Megadeth fan, and if you're like me, you'll hear Mustaine's voice throughout the whole book. Like I said, a great read.
Written by ProjectEndgame | 31.10.2010