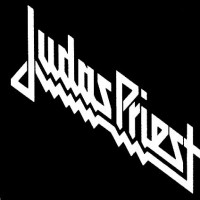 The articles in this series are designed to give a brief overview of a band's entire discography, so as to provide a clear point of entry for the uninitiated. It offers a different approach from the typical review format for the curious newcomer to a well-traveled band.

Back in 2007, Baz Anderson, the originator of this series, published his own Getting Into: Judas Priest article. I'm not usually interested in duplicating effort, but that article is now three albums behind; I concluded that an update would not be uncalled for. Moreover, Baz and I have sufficiently different perspectives on Priest that I felt I would have some new things to say about certain albums (in other words, he was wrong). With that in mind, I welcome you to this second edition of Getting Into: Judas Priest.

When discussing the early history of heavy metal, the name Judas Priest comes second only to Black Sabbath. As one of the first bands to shed the baggage of late-'60s psychedelia and the legendary "heavy blues" mantle, and easily the band that enjoyed the most success while doing so, Judas Priest entered a world waiting for a tyrant to rule it. Rob Halford's inimitable, octave-spanning vocals and the dual lead guitars of Glenn Tipton and K.K. Downing set the band apart, as did the aggressive, groundbreaking songwriting that helped the newly minted heavy metal genre pull away from its roots and become its own beast; the band's introduction of leather and chains to its wardrobe helped shape the look of heavy metal, while its predilection for dark lyrical themes (and motorcycles) contributed further to the nascent aesthetic. With a list of classic albums that only grew longer with the passage of time, Priest rose to become one of the dominant forces in heavy music from one decade to the next. At present, the scope of Judas Priest's influence, the staying power of their iconic tracks, and their status as metal royalty are rivaled by only a handful of bands. But you know this already.

The last few years have been tough for Judas Priest. The legendary lead guitar duo sundered with K.K. Downing's departure in 2013; early 2018 brought the terrible news that Glenn Tipton had been struggling with Parkinson's disease for the last decade and would be, in effect, retiring. Some interpersonal drama has scarred the band in the midst of these trials. At this moment, though the efforts of Richie Faulkner and Andy Sneap have ensured that the band is not going guitar-less, the mortality of Judas Priest is becoming clearer than ever. But like the aging Clint Eastwood coming back for blood in Unforgiven, Priest have been able to give us one more earthshaking revelation in the form of Firepower, and for all we know, they're not done yet - they're still touring, at any rate. Whatever the immediate future holds for Judas Priest as a band, it seems certain that Judas Priest the legend will be remembered as one of the purest embodiments of heavy metal ever to rise from the earth.