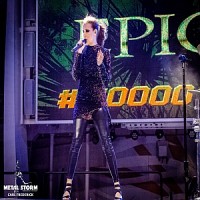 The last full day of cruising was upon us; while always bittersweet, this year more so than ever.

Before you read what all happened on the last day of this year's 70000 Tons Of Metal, you might also be interested in checking out the prior days: