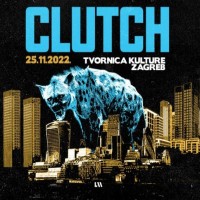 Experienced stoner/hard/blues rockers from Baltimore (Maryland), Clutch, are well-known for their exhilarating live shows. And as a quite frequent touring band they have once again made their stop near my home, in the main city of Croatia. It was actually just about three years ago that they performed at the same location. Of course this was a “can't miss” opportunity to attend the gig, which was sold out a couple of days prior. Although being sold out has its own perks, it also has (to a lesser degree though) some disadvantages for me personally. I normally stand on my own somewhere in the middle/middle back or slightly to the side of the venue, still with a good view of the stage without any distractions. However, in this case, it was reasonably inevitable. Packed to every corner.

On this trek, Clutch were performing together with supporting acts Green Lung and Tigercub. Unfortunately I wasn’t at the venue on time and therefore I was unable to catch those two bands live (messed up the time schedule). I would definitely love to see/hear Green Lung, though. Nevertheless, when Clutch hit the stage, it was just an instant effect. Their music itself is already characteristically uplifting with dissimilar lyrics alongside. And that’s what gets the crowd going in first place - of course, with the strong presence of none other than the band’s frontman, Neil Fallon, who certainly knows how to bring everything to a higher level of performance. 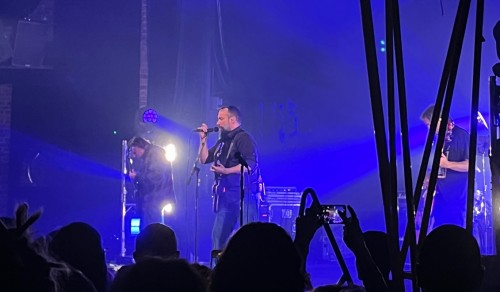 One thing that also stood out to make Clutch special, throughout the whole tour rather than with just this event, was the altering of the set list. There practically weren't two gigs in a row with the same executed set list. And I'm not talking about two or three songs - sometimes even half of the setlist was different from one performance to the next. Why do I point this out? Well, in general it's quite an uncommon decision for most musical acts, who usually play the same songs (or 90%, at least) throughout the entire touring route. At this particular event, Clutch played quite a lot of songs from their latest record, Sunrise On Slaughter Beach (eight, if I'm not mistaken, almost half of the whole setlist). This was probably the most on the whole tour. All in all, we witnessed a memorable two-hour-long set. 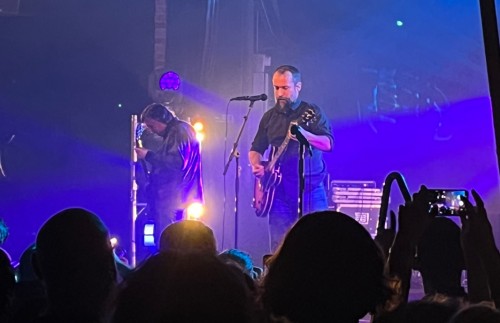 Without beating around the bush in the conclusion, I’ll simply put it this way… if someone has never attended any kind of music live shows, Clutch would be one of the top bands on the list as a recommendation regardless of knowing the band or not, or being inclined towards this genre or not. Entertainment is guaranteed.