Kataklysm
First up was the death metal band Kataklysm, and there is very little for me to say about this set other than dismal. Perhaps it was the curse of poor sound quality for the opening band, the lack of interest on the audience's part, the fact that I'm very unfamiliar with this band, or the combination of all 3, but it was definitly a very underwhelming performance for me. The band came on, played an incoherently noisey set, and left recieving little to no enthusiasm from the crowd.

DevilDriver
Next up was DevilDriver, and this is where the show picked up a lot. Playing through a set that oddly enough had very little from "The Fury Of Our Makers Hand," which was fine considering it consisted mainly of material off of a very promising upcoming album (by the sounds of it). The set reached a climax point on the final song (a new song of which I didnt hear the name of), when DevilDriver pulled out their signature massive circle pit;
Dez: "How many of you have ever been in a DevilDriver circle pit?"
*Crowd erupts*
Dez: "Good, so you know what to do! Everybody back up, I wanna see a giant space in the floor devoid of all life!"
*Crowd backs up*
Dez: "Further! Further!"
At this point there is only about 3 rows of people at the front against the guards rail, everyone on the sides are backed up to the walls, everyone on the back edge of the pit is backed up to the sound booth (which is about 3/4 to the back of a hall the size of an airport hangar, very impressive). The song breaks in and the crowd starts circling.
Dez: "Thats really nice, but I want to see it faster!"
The crowd then breaks into a full on stampede and an altogether very vicious pit. This was my second time being blown away by DevilDriver, which left me disapointed the set was quite a short one. Anyone who dislikes DevilDriver I highly reccommend seeing them live, especially if your an avid mosher, you'll be pleasantly surprised to say the least.

Unearth
The highly unfavoured Unearth came on and a large portion of the crowd chose this time to go have a beer or go outside for a cigarette. I had heard very little Unearth before this and disliked their music, but sometimes a band changes my opinion on them after seeing them live (like DevilDriver for example), so I watched the set with an open mind. Although I must admit I dislike metalcore and the music of Unearth very much, from an objective stand point the band had a lot of energy on stage, the few metalcore/Unearth fans attending the show appeared to be satisfied with the set.

Dimmu Borgir
Now the headliners came on to play a very solid set....musically. The set consisted of songs spanning the entire discography leaving every fan satisfied. Their set somewhat disapointed me for a few reasons. The first being the stage set, they had the smoke machine going for the entire set, mixed with the lights you could barely see the drumkit, let alone Hellhammer, in fact I wasnt even sure it was Hellhammer until a break in "The Serpentine Offering" when Hellhammer played a brief (about 1:00 or so) drum solo. The second problem being with Shagrath, who seemed almost tired. He would only stand in one place on the stage, would headbang maybe two or three times in a row, then stop. Occasionally would walk to the top of the riser and pumped his fist in the air leading the chants "Oi! Oi! Oi! Oi!" which did create a very powerful atmosphere, almost like a dictator standing in front of an army of metalheads all pumping their fists in the air chanting along. All in all I found that Vortex had more stage presence than Shagrath, which is odd for a bassist. As previously stated the Dimmu set was very solid musically speaking, which overshadowed the stage set-up problems and the lack of energy from the band, overall making the concert a very well spent $40. 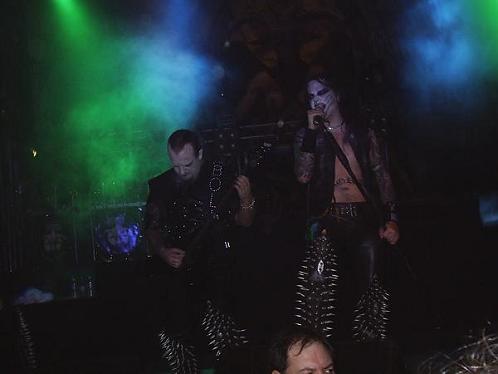 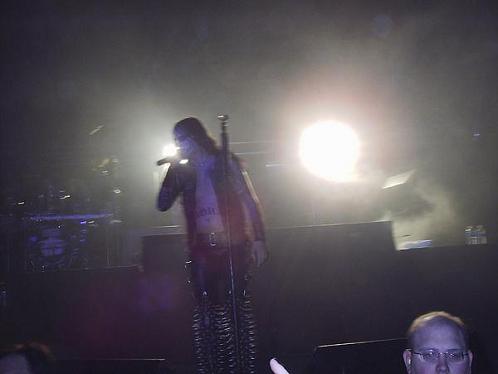 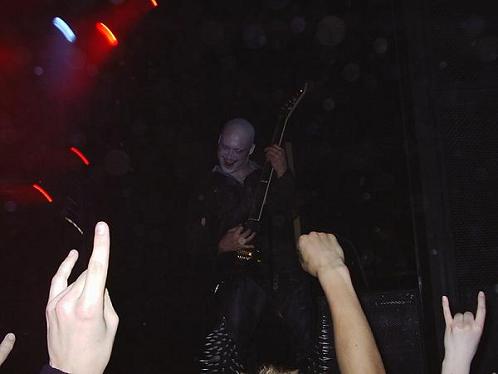 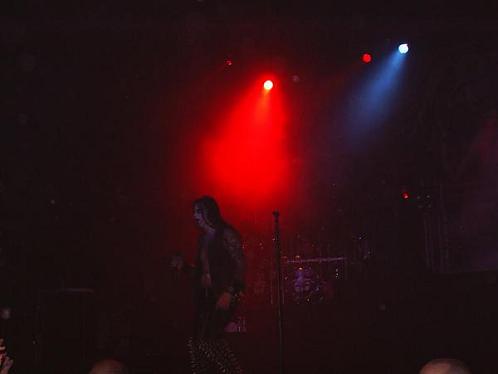 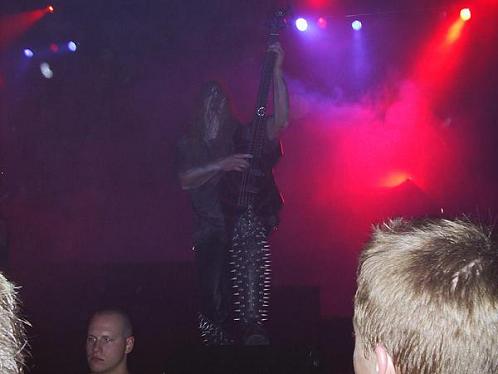 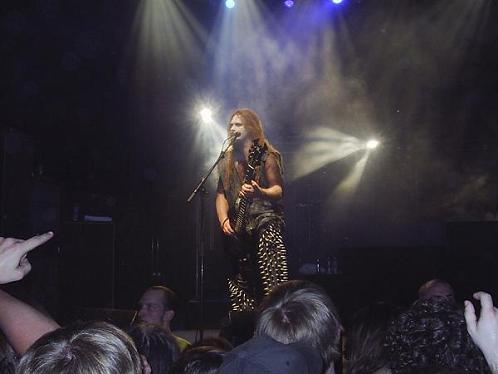 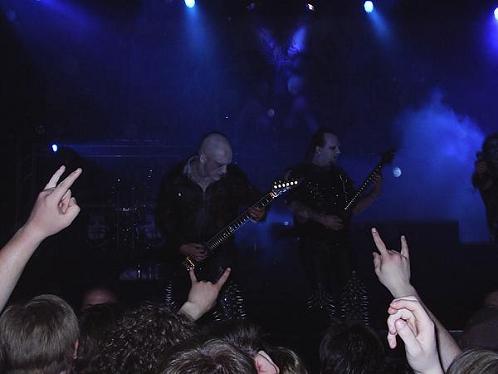