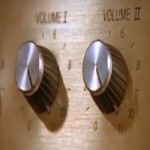 (If you don't catch the few references or get the jokes, log off the internet and go rent/buy "This is Spinal Tap" right now. Seriously. Do it. My column can wait.)

2007 was a damned good year in metal, in my bitter opinion. Many of my favorite bands released new albums - some were good, some were a bit disappointing, some met my expectations, some destroyed my expectations. A couple bands I had heard of, but had not particularly actually heard released albums that made me take notice, and a couple releases from bands I was completely unfamiliar with are now in my heavy rotation, getting played daily.

It was pretty difficult trying to limit myself to a fistful of albums for this list - I've agonized over some inclusions and final placings as some albums are still fresh in my head due to late releases, whereas others have been spinning in my cd player for a full year now as I write this and have had to weather the test of time.

11. Helloween - Gambling with the Devil - I don't like power metal at all, yet I like this album a lot. Go figure.

10. Behemoth - The Apostasy - shorter and more organic than "Demigod," this was easily my favorite DM release of the year.

7. Primordial - To the Nameless Dead - Not immediately as catchy as others on this list, a powerful album that grows on you until you cannot get it out of our head.

6. Clutch - Beale Street to Oblivion - A rock album, but this is my list, my rules, and this album is that good. I'm not giving you attitude, I just want another drink - and another spin of this great album.

5. Jesu - Conqueror - an album with plenty of shoegaze influence that morphs the typically cold Justin Broadrick into something almost human and hopeful.

4. High on Fire - Death is this Communion - a thundering album by Matt Pike and Company that kicked my ass with each listen and continues to do so now, after I recovered my hearing loss suffered at their gig in Tucson in January.

3. Ulver - Shadows of the Sun - not at all metal, but a lush and beautiful minimalist album from Garm and Co. "Tragic" he calls it - and the perfect nightcap album to relax after a day's metal work.

2. Alcest - Souvenirs D' Un Autre Monde - a breathtaking album. I had never heard of Alcest prior to November, now I cannot hear enough of them. Hopefully Neige won't need another 5-7 years for the follow-up.

1. Neurosis - Given to the Rising - I had high expectations of "Given to the Rising" coming off of "The Eye of Every Storm" - and Neurosis crushed them. From the pounding opening riff to the quieter moments, this album captures the listener, yet breaks the tension every so often to allow the poor bastard to come up for air.


Non-release related high points of 2007 for little ol' me -

Catching Enslaved in Tempe. In front of a scant 50 people, they played and slayed like it was Wacken. Their intensity and power is even greater live than in studio.

Conducting an e-mail interview with Fenriz of Darkthrone. Thanks again to the folks at Peaceville for setting it up, Marcel for tossing the opportunity my way, and Fenriz for providing hilarious, straight-from-the-hip answers.

And, finally, disappointments. Rather than ripping on an artist for following their own vision rather than adhering to my vision of where their music should go, I'm going to dole this out based upon actions. The 2007 Shit Sandwich award goes to...

"Midian with one d" - a piss ant little metal band who haven't played to a single audience outside of Oshkosh and Milwaukee (and hadn't updated their wesbite since 2000) for crying to their lawyers and hitting Middian with a "cease and desist" order - causing Middian to have to cease using the name, selling their albums, selling merchandise, etc. Apparently "Midian with one d" was deathly afraid that the few dozen cheeseheads who listen to their music might accidentally pick up a Middian cd and realize just how bad "Midian with one d" is. Additionally they are also worried that their cheese, brat, and beer addled fans are also incapable of distinguishing "Midian" from "Middian" - I could see where that extra "d" might really cause a lot of confusion. Certainly more confusion than, say, the other half a dozen plus bands named "midian with one d" currently listed on myspace music...One has to wonder if they sued each and every one of those acts as well, not to mention Dani Filth and the lads for having the audacity to release an album with a title that some Miller Genuine Draft consuming genetic defective in Oshkosh might confuse with a release of theirs. I'm waiting to see them take on Dani and his Cradle of Filthy Lawyers... oh, wait, they won't have the balls to go after someone with the means to fight back...

The way I see it, these pathetic wretches should thank Middian for having a similar name - maybe they'll move an extra few units of their own from people who confuse Middian with them...

Not to be outdone or overshadowed in this pathetic display, Middian's label, Metal Blade, dropped the band rather than deal with this frivolous lawsuit. Way to stick up for your artists, guys! I sincerely hope other bands mulling over future label opportunities were paying attention and remember this little nugget when it comes time to choose between Metal Blade or a competitor. This doesn't even take into account the potentially disastrous precedent in the US lawbooks which would enable any pimply faced dork with a guitar and a four track who ever played in front of their Junior High for a talent show to sue more successful acts whose stagename is similar. I guess this makes them the Manhattan Crap Chowder soup to the Shit Sandwich of "Midian with one d."

Back to the shit sandwich - nice work, guys. Way to stay metal and support other artists. Trying to attempt to further your career by savaging and suing a band whose accomplishments already outshine ANYTHING you will ever achieve? To continue my Spinal Tap flavor to this column, "Midian with one d" is cordially invited to lick my love pump.

(important note - the Shit Sandwich rant reflects solely the frothing at the keyboard opinion of the author and in no way reflects upon the opinions of actual MetalStorm Staff. That disclaimer is primarily there for the label - I wouldn't want them upset at the wrong people. If you are from the band, well, i don't really give a flying fuck at a rolling donut what you think and would gladly tell you to go to Hell, but you live in Wisconsin, so Hell might be an improvement. )

...subsequent to the writing of this piece, several MS staff turned me on to Warning's "Watching from a Distance" which in retrospect would probably take the top spot and bump everyone else down a notch, and relegate Helloween to 'also-ran' status.