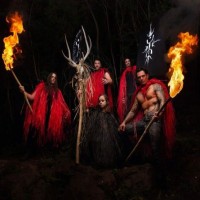 One of the biggest surprises from this year was getting this blown away by an album from such an expected area like French Polynesia. I wrote about Marako Te Ruki in my review, and I noted how the sound is unexpectedly great and how the band's origin adds a lot of flair to it, from the occasional extra instrumentation, to the band singing in their native Tuamotuan language in an effort to preserve it. Of course I wanted to know more, so I got in contact with Te Ruki's Aroma, who plays guitars and vocals in the band. 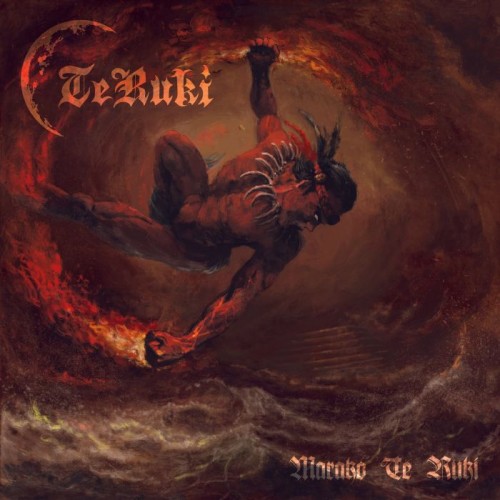 Radu: Even though Te Ruki was formed quite recently, some of you have been involved in metal for a couple of decades. Could you detail how you got involved with metal in the first place and how did Te Ruki take shape?

Aroma: Born in New Zealand, I moved to the island of Fakarava, with my brother and parents at the age of 8. We had a portable radio to keep the connection to the world at that time and that’s when The Cure, AC/DC entered my life. Guns N' Roses, Metallica, The Cult, D-A-D… at 18 I opened a tattoo shop in the city of Tahiti and Cannibal Corpse, Obituary, Carcass, Dark Funeral, Deicide, were shaking the building while me and the tattoo team were pouring black ink in the skin of the French military marine. The “devise” was: Tattoos, Beer, and Death/Black Metal! I gathered a couple friends sharing the same music style and made a band: Abigor. Something more serious took place with Rock band Tikahiri. 15 years together, playing dark rock around, China, Japan, France… but Black Metal was in my flesh and ears during all that time, so I decided to bring up a new Black Metal band with a native spirit, under 1 condition: That Tamatoa joins the adventure. I met Tamatoa in 1998 and this boy was a hell of a drummer with his band Machetazo. I’ve been told that he left his island Tahaa for staying in Tahiti, so I told him about Te Ruki project, and the adventure starts… Then I sent a message to this young chap with long hair Tauahinui who is also a drummer. Asked him: hey do you play guitar? A little, I can make a couple notes here and there. Ok you will be the guitarist! Do you know someone who plays bass and Keyboards? And that’s how we all gathered, Tamatoa, Seb, Marania, Tauahi and I. We’re having great fun!

Radu: Polynesia (and by extension all of Oceania) isn't a place where one would expect to hear much metal music from. How is the scene over there and what were some of the main challenges of making metal music over there?

Aroma: The metal scene here is non-existent, so now and then a couple guys gather to play and spend good time around the same values, which is extreme music and everything turning around this. In rare occasions we would be invited on real scenes. People here are more into reggae, ragga, island local music or mainstream stuff from the radio. The main challenge is to play gigs around the world… We want to play live, festivals, we want to show our atmosphere, we’re hungry for that!

Radu: Marako Te Ruki was done with the support of the French Polynesian government. Has there been any pushback from the authorities due to the fact that you play a genre of music generally thought of as "noise" and "evil"?

Aroma: We needed funds for the record, mixing and mastering of the album, and also for the cover and the graphical part… so we presented our project to the Ministry of Culture which is a strong organism in Tahiti. Our arguments lay on the promotion of our native language (very similar to Maori from New Zealand), the traditional percussions and the Polynesian themes we use in our songs. We showed the ministry of culture the big “noise & evil” festivals like Hellfest, Wacken and a couple others, and the impact of such a visibility an island like ours could beneficiate if we were to play gigs in those type of festivals. The 1st part is done, soon we prepare the 2nd part: Play in different Metal Fests!

Radu: Looking up the archipelago where you're from, I was pretty amused to see island chains around you named Society Islands or Disappointment Islands. Any idea why are they named like that? Is it something that locals joke about?

Aroma: In 1769 James Cook named the Society Islands, in tribute to the Royal Society of London which financed the expedition.Concerning Disappointment Islands, I would say that the Tuamotu Islands are a circle of coral covered by coconut trees and a lagoon, without mountains, without rivers … It can be a little austere sometimes, especially for new arrival people from outseas. Maybe a few jokes now and then, life can be fun yaaa!

Radu: Because I'm not very familiar with Polynesian history, the images that listening to Marako Te Ruki conjured for me were of Māori warriors. How related are the two cultures?

Aroma: The Maori, Tuamotuans, Tahitians, Hawaiians, Marquisians, or from Rapa Nui are from the same source. We are Polynesians from the Polynesian triangle and we share the same culture. Our languages change a little, depending on the geographical areas but we have the same way of thinking. The same gods and ghosts, the same stars used by the ancient navigators to cross the oceans and relay an island to another. The tattoos, same food and way of preparing it, the rituals…! Polynesians are great navigators and also great warriors, you can tell by the strong rugby game and the powerful Haka before the match!

Radu: What is life on a Pacific Island like? What is something unique about each of the islands that the members are from?

Aroma: In Fakarava I’ve been raised since the age of 8. The atoll provides sea food in quantity. Life is relaxed but when the rough season takes place it can be destructive and scary.
But in Tahiti (capital) the life is modern, just like in an European city. 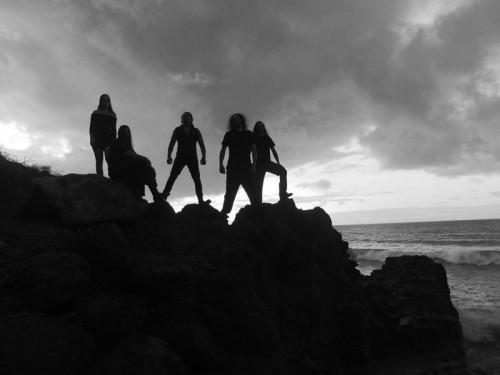 Aroma: Singing in our native language is done without an effort. We think and compose in a native manner. The stories or elements are also local, so the speaking or singing is just coming out naturally, but we are happy that it can contribute in the preservation of the language which is disappearing slowly. About 6 000 people left speak Tuamotuan. French has a little influence but not much. Languages are different depending on the archipelago but they have the same bases. In Tahiti for example which is the Main Island or capital, we speak Tahitian, but Marquesian people have their own language, as Austral islands. The Tahitian alphabet has 16 letters, the Tuamotuan has 14 letters but each type of cloud has a name, each type of fish, corals, shells, water currents, winds and so many other elements have a specific name. These native languages are very rich with only 14 to 16 letters…

Radu: If you could have any living director create a blockbuster based on a legend of Polynesian mythology, who would be the director and what would be the legend?

The Legend of Mahuike, this Demi-God who keeps the fire and Maui his grand-child wants it... Mel Gibson would be the Film Director! Man, there is this movie called Apocalyto filmed by Mel Gibson, the story is about the Mayas and the living structure they created before the arrival of the Europeans. It’s so strong. This movie is in my top 3. You have to watch it, it’s so powerful!

Radu: Are there any other bands and artists (metal or not) from Oceania (other than Australia and New Zealand) that we should check out?

Radu: How do you go about crafting an atmosphere that would evoke warm oceans and tropical forests rather than the snowy mountains and pine forests that black metal is usually associated with?

Aroma: We have heavy storms, lightings tearing the skies, rough seas, angry oceans pounding the coral heads while the colors shine out into blue green, turquoise mixed to the heavy dark grey clouds, it’s a strange and fascinating world. That’s the atmosphere we bath in, in which our music is crafted.

Radu: What advice would you give for people who want to start a band in other non-conventionally metal places?

Aroma: Just do what you think is natural. If you only have 2 strings left on your guitar, glide your fingers on it and growl what you have inside your guts, while a friend hits 2 rock together for the rhythm, and maybe another running in circles in the gravel… Nothing can stop man from creating! There is only freedom in music.

Radu: Thanks once again for doing this interview with us! Anything else you'd like to add to our readers?

Aroma: I would like to thank you for your questions, and to say huge thanks and cheers to all of you out there supporting metal bands, supporting Te Ruki and may all your ancestors bless you! Stay safe, stay free!

Posted on 15.06.2022 by
RaduP
Doesn't matter that much to me if you agree with me, as long as you checked the album out.
More interviews by RaduP ››