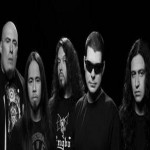 Agent Steel confirmed that they have reunited with long-time manager Dan McConomy of Bigger Management to produce a new studio album, scheduled for 2023 release. In coming weeks we can also expect a worldwide touring plan from the band.

Statement from the band as follows: "Dear Agent Steel fans and Metal industry Godz, 2022 is upon us and we are pleased to announce that we have reunited with our long-time manager Dan McConomy of Bigger Management. With that move, the manifest of a new album already in pre-production is to be co-produced by Machine (Lamb Of God, White Zombie, Clutch) due out in 2023.

"Additionally, A world tour will be announced in the coming months that will start in August in North America, South America, Japan, and 2023 in Europe. We are thrilled to co-headline stages with some prominent bands we all know and respect. Stay tuned in for coming announcements. To join us on this adventure, two new members have been added (soon to be announced).

"Unfortunately, due to the severity of the impending legal litigation with member Nikolay Atanasov vis a vis his exclusive band member agreement valid until 2025, we are unable to make any further comment on the subject of the suspension of his participation in Agent Steel at this time. Stay safe and sound see you on the road Summer of 2022."