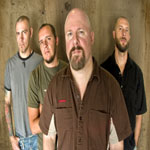 Hardcore thrash legends Pro-Pain have announced they will be touring Europe this August and September. The band's latest album is 2015's Voice Of Rebellion, and a follow-up album is tentatively due for release later this year or next year; it will be their first release with guitarist Greg Discenza, who replaced Adam Phillips back in April of 2019.