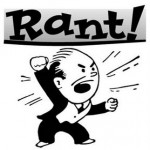 (edit! if you cannot read more than a whopping 300 words without changing the channel, skip to the end. that's the important part of the article. if you cannot make it to the crux and insist on commenting, i will mock you. unrepentantly. )

So by this point we are all pretty aware of how piracy and illegal downloading are killing the record industry. The labels won't shut up about it... but their points make sense. The less revenue a label is seeing for an investment the more it hinders the ability to sign other acts or even continue to work with current ones. You cannot fault a label for merely wanting to break even.

And while some of you might get your rocks off about "sticking it to the man" when you download something illegally, the reality is how many of these bands are on mean and nasty major labels like Sony? How many are on labels run out of an office the size of my garage?

I'd bet that most metal labels are run by metal fans who want to make enough money to put out more metal. If they were in it for the cash, they'd have ditched the distortion pedal in favor of auto-tune long ago.

And the "well, the band only gets $1 per cd" argument is bullshit too. The cut that goes to the label is to help cover the cost of recording and promoting the album. If a label puts $5,000 into recording and promoting an album (a completely arbitrary figure), but only gets $1,000 back, how likely are they to piss away another couple thousand dollars on a follow-up album? How likely are they to just cut ties altogether?

And if they lose money hand over fist on several acts, how likely are they to invest in new artists? 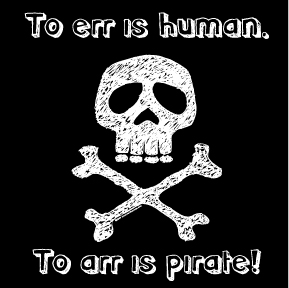 and to RAWR is metal.

However what chaps my hide is the whining about piracy in the current technological and ethical environment and yet sticking to antiquated distribution systems.

In this day and age, I find it a reasonable request to have timely access to a new release that has already dropped across the pond. I do not see why there is all too often a 30 day discrepancy.

Enslaved's latest, Axioma Ethica Odini dropped the 27th of September in Europe and a day later in the US. Hooray. Timely access! It can be done!

Yet all too often the gaps between release dates are absurd. You can laugh at my (clearly illustrated) plight in the thread for Candlemass' Death Magic Doom. The album drops April 3rd of 2009, Lucas gets his review published April 15th, and I post how I cannot wait for it's eventual US release... and two weeks later quote myself again, still waiting and wondering. Thanks to Ivan's handy dandy album purchase tracker, you can see I didn't get it until May 6th. And I made weekly pilgrimages to the local shop, hoping for it. A full month and change later.

There have been several other cases through time, and even now with the latest Oranssi Pazuzu. Mr. Doctor has had it since the 26th of October. (Fuck you and your afro too, Roddy!) I checked again today, a month and change later, and not only is it not yet available in the States, it won't be for another three weeks. Hell, it'd be quicker if I sent Marcel $25, had him buy it in the Netherlands, hire a glass blower to encase it in a wine bottle, launch it into the Atlantic, have Dismal Euphony wait for it to wash up in Boston Harbor, and then hire a couple homing pigeons carry it in a net and fly it the remaining 3,000 miles to my house.

The gap is so massive, even an ardent supporter of paying for music like me is about to crack and give in. And if I'm going to break, it likely means the folks who sit on the "Download or Buy?" fence did a while ago. You'll never see a dime out of them. And if the price is $27, as Amazon currently lists it, you might not get mine as well...

I can understand with smaller labels and bands (the Pazuz) that there might be difficulties in being high on the priority list for overseas distributors (there shouldn't for that latest Candlemass)... leading to delays, but don't just sit there flat footed.

Do something to make your fucking music available in the interim. Put it up on iTunes. Put it up on Spotify. Make it available for (PAID) download straight from both the band and label sites.

Put yourself in a position to where you don't fuel the easy out for the "I deserve a trophy for showing up" generation. Because to the youth of today (your largest target demographic), the choice between illegally downloading a copy or waiting a month to fork over cash to hear it is not a terribly difficult one. Particularly when the culture has already painted you "greedy" record execs (currently struggling to get by) as Fat Cats who are morally acceptable targets.