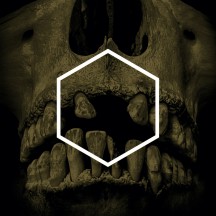 
Plenty of artists have dabbled with dark ambient, but few have become as synonymous with the genre the way that Lustmord did. And out of all genres, dark ambient has been one that metal has interwoven with quite often. Now, the metal world celebrates that.

I don't want to overemphasize Lustmord's importance in dark ambient, since he's not exactly like Bob Marley is to reggae or George Clinton to funk, and there's plenty of dark ambient artists like Nurse With Wound that might be even more significant, but for the most part dark ambient has been interwoven within other genres like industrial, post-rock, sludge metal, black metal, film soundtrack, neofolk, darkwave, drone. That's why often times searching for dark ambient albums, you rarely find something that's just dark ambient from an artist that is clearly a dark ambient artist. So it is sometimes hard to pull apart and separate from the blend of genres it often finds itself in. You may have noticed that metal is sometimes part of that. Sometimes not. Not all artists on this album are metal. But all share some DNA with dark ambient.

Pelagic Records gathered a bunch of artists to reinterpret tracks from the 2008 album, [ O T H E R ]. I have no idea why this particular Lustmord album was chosen. It's a pretty great dark ambient record, but before this happened, it wouldn't be first on my list of dark ambient albums to serve as a root for a tribute. The Others is a bit of a weird album. It sits between the tribute and the remix album, in the sense that the pieces are reworked in a way that puts them on varying places on the cover/remix spectrum, or at least it's sometimes hard to figure out exactly how much comes from the original album. It's often easier to figure out what doesn't. Which I guess only reinforces the idea of shared musical DNA, as if this album is also a thesis on just how influential Lustmord was. And is.

Each artist has a bit of a different take, as is expected, but some are a bit more conservative in how much they deviate from the source material. The album starts with Enslaved's "Eon", which few would be able to tell the Enslaved touch apart, and they're not the only ones that dipped into dark ambient as hard as they could, but then you have Ulver whose chameleonic sound having already tackled this sound makes it feel so seamless. Dark ambient goes hand in hand with post-rock on Mono, darkjazz on Bohren & Der Club Of Gore, post-metal on The Ocean, industrial metal on Godflesh, dark folk on Jaye Jayle.

And with such a varied boiling pot (just look at the genre tags that were inherited from each artist, and that's just the featured ones) The Others should not be as cohesive as it is. It's a two hours dark ambient album, which is a lot for pretty much any album regardless of genre, but ambient has always lent itself quite well in the long form. It is, by definition, music that has to work as background music, but is also interesting enough for an active listen. And in this way, The Others succeeds, both because of the strength of its source material, and because the artists involved clearly understood the assignment. Which is more than I can say about most tribute albums. Or at least one.

Now do yourself a favor and get into Lustmord.

Written on 26.04.2022 by
RaduP
Doesn't matter that much to me if you agree with me, as long as you checked the album out.
More reviews by RaduP ››