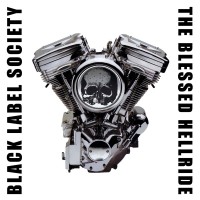 
Since he was plucked from obscurity in 1988 to become Ozzy Osbourne's new guitarist, Zakk Wylde hasn's looked back and rarely been idle. After playing and co-writing a string of solid albums with Osbourne [1998's No Rest For The Wicked, 1990's Just Say Ozzy, 1991's No More Tears, 1993's Live And Loud, 1995's Ozzmosis], Wylde finally stepped out from Osbourne's ominous shadow with his southern rock influenced group Pride And Glory [self titled album] in 1993.

The acoustic/piano driven Book Of Shadows [released under Zakk Wylde] followed three years later, but it was the debut from his new group Black Label Society [Sonic Brew] that typified Zakk's image as the beer drinking, no nonsense, back to basics raw brand of classic heavy rock/metal. 2000's Stronger Than Death showed maturity in Wylde's song writing, while 2001's live album/studio tracks ?Alcohol Fueled Brewtality ? Live!! Plus Five? was little more than a much needed stopgap. It also allowed both Wylde and fellow B.L.S. guitarist Nick Catanese to appear in the film ?Rock Star?.
While last years 1919 Eternal was a strong album, the production was a little on the thin side. The length of the album also had the side effect of making some tracks appear as fillers to a certain extent.

However, The Blessed Hellride is perhaps Wylde's strongest release to date. Like previous albums, Wylde's plays all the instruments on the album [apart from drums, which were handled by Craig Nunenmacher], while Wylde [in conjunction with B.L.S.'s live sound engineer Eddie Mapp] producer the album. The stripped back simplicity [both lyrically and musically] of the opening couple of tracks ?Stoned And Drunk? and ?Doomsday Jesus? not only rock, but put most so called hard rock/nu-metal released these days to shame. Wylde's trademark riffs and deep growl are evident, but are used to maximum effect.

Osbourne helps out on backing vocals to the most accessible track on the album, ?Stillborn? [proving that Wylde should have been included for the writing sessions for ?Down To Earth?!], while ?Suffering Overdue? and ?Final Solution? provide the album's sludgiest moments. There's plenty of riff led rockers [?Funeral Bell?, ?Destruction Overdrive? and the amazing ?We Live No More?], but it's the laid back acoustics of ?The Blessed Hellride?, the electrified ?Blackened Waters? and the revealing ?Dead Meadow? that really gives the album balance and peeks into the genius of Wylde's many talents.

Ozzy was quoted as saying that if this album stiffed, the Wylde should hang it up. On the strength of The Blessed Hellride, we should see a new album from B.L.S. sometime next year.
Written by Justin | 03.09.2003