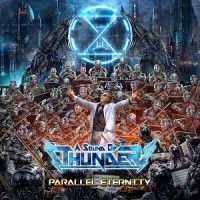 A Sound Of Thunder - Parallel Eternity

Parallel Eternity is something of a prestige piece, a special compilation produced to celebrate A Sound Of Thunder's tenth anniversary, but it's not merely a greatest hits release; for this album (double album, if you go for the deluxe), A Sound Of Thunder rerecorded some old hits and newer fan favorites with the assistance of Magic Giraffe Soundworks composer Brad Charles, who added symphonic orchestrations to each track. Parallel Eternity features a slew of modern heavy/power classics made all the more bombastic by added strings, choirs, and brass, on top of the world of difference that ten years of experience have made for the individual members of A Sound Of Thunder, not to mention the higher production values afforded them at this point in their career. If you aren't acquainted with A Sound Of Thunder, this may sound like a fans-only treat, but even as an alternate take on their material, Parallel Eternity serves as an effective overview of the band's career that will be accessible to newcomers; each song is absolutely brimming with hooks and some of the most powerful vocals you'll hear in the MSAs this year, which is saying a lot next to Hansi, Yannis, and many others. 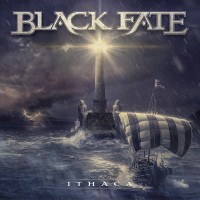 Although you may not be familiar with Black Fate, it's possible that you might know Sunburst, which also features guitarist Gus Drax and Vasilis Georgiou. Anyone who has heard Sunburst's album will be aware of the similarities between Georgiou's voice and that of ex-Kamelot frontman Roy Khan, which are again on display on Ithaca, much to the album's benefit, as Georgiou has the tone and melodies to instantly draw listeners in. Beyond this, the music is more than just a retread of older Kamelot; there is some of that theatricality, but their rich, memorable sound draws from other influences, including Europower acts such as Serenity. Black Fate shines equally bright at slower and faster speeds, with every song filled with satisfying hooks. 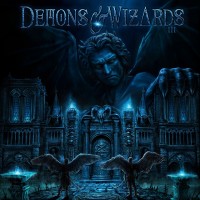 It's a good thing that Demons & Wizards slid this one under the door when they did, because any potential fourth D&W album is probably going to have to wait until Jon Schaffer gets out of federal prison - but we are already fortunate to have a trilogy from this famed duo of power metal royalty. Absence from the studio accumulates an air of permanence after 15 years, so to hear anything at all from one of power metal's darkest, eeriest, and most morbidly mystical operations after so much time was an unforeseen blessing, and to hear their most ambitious effort yet was a shock. Hansi Kürsch's voice - all 50 octaves and 4,000 cords of it - has aged so impeccably that it is currently being considered for placement on UNESCO's Intangible Cultural Heritage list, and he exercises his full power at the low and high extremes of his range, building on Schaffer's brutal thrash riffs and classic metal grooves with his trademark infinite choirs of himself. III features D&W's lengthiest, most sophisticated, and most atmosphere-focused compositions yet, glowing with the triumphant fires of renewed inspiration on every track. Dark power metal is a truly rare beast, and songs like "Wolves In Winter," "Timeless Spirit," and "Diabolic" are proof that no one could pull it off quite as well as Demons & Wizards. 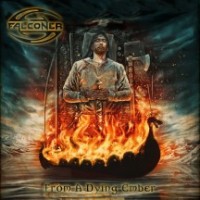 Falconer - From A Dying Ember

A somber title prefaces the most bittersweet entry in Falconer's discography: their last. It is with From A Dying Ember that Falconer bid their fans a noble and resplendent farewell, pulling out all the stops for one final hurrah; this album touches on all of Falconer's musical predilections, from fast-paced adventure-seeking to majestic waltzes, from folky escapades to ballads that will make your heart flutter. Falconer truly was cut from a different (cheese)cloth, and we'll miss the uplifting dignity of their folk-tinged, hard-rock-propelled power metal, the impeccable tone and range of Matthias Blad's voice, and the many classic songs that they crafted; if they had to go, however, it is to their undying credit that they did so after giving us From A Dying Ember, one of the strongest records of their career. 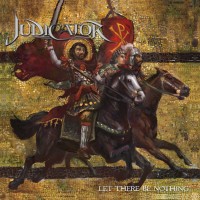 Judicator - Let There Be Nothing

Judicator keeps adding great opuses to their consistently great discography. This unstoppable band has reached a perfect balance between the two schools of power metal. The aggressive, thrashy take on the meaty riffs is akin the US power metal scene, while the epic and longer composition along with the incredible, vibrant vocal harmonies recall certain influences from the European scene. With the tale of Belisarius, a famed Byzantine general of Justinian's time, as the band's lyrical inspiration, the listener can safely expect one epic showdown of metal ranging from the uplifting and energetic to the almost doomy. 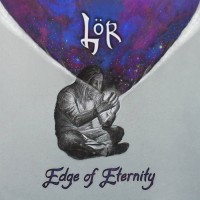 Whoever said that the umlaut doesn't belong in power metal? Well, to be fair, Lör do more than just power metal, riding easily into folk metal and progressive metal territories as well, but they feel most at home in the cheesy lands of power, somewhat akin to a power metal version of Wilderun. And like them, Edge Of Eternity is a fresh, dynamic take full of a sort of dramatic flow to the songs. And, though it is technically an EP, its 30-minute runtime is longer than some of the full-lengths nominated, but it being so short means that all the fat has been cut off and there is nothing but the best left. As maximalist as the sound is, its diversity and ambition more than make up for it, even for the cheese-averse listener. 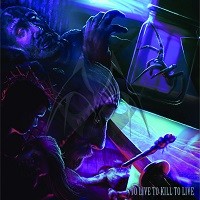 Manticora - To Live To Kill To Live

Two years after Manticora pondered how To Kill To Live To Kill, they offered up the entirely differently titled To Live To Kill To Live. Questionable title aside, To Live To Kill To Live is a strong prog/power effort, one that (like several other nominees in the power metal category this year) draws inspiration from Blind Guardian, particularly due to the vocals and structuring of the longer songs; however, Manticora are also more than willing to go into dark and heavier territories, flirting with blast beats and harsher vocals. There's also some well-delivered prog complexity without ever being in danger of becoming excessive, and the guest vocals from JUNE dARK (Clandestine) are a very positive addition to "Slaughter In The Desert Room". Managing to soar whilst also pushing the intensity more than many power metal bands, To Live To Kill To Live is an exhilarating rush of a listen. 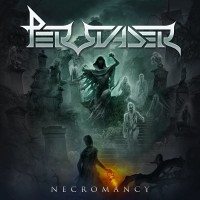 It's been a long seven years for Persuader fans, but Necromancy offers rich rewards for those patient followers. The heavy influence from '90s Blind Guardian (not unique for bands nominated in the category this year) comes through in Jens Carlsson's vocals, the vocal harmonization, and the guitar work, all of which are displayed on blistering opener "The Curse Unbound", but Persuader are more than just a carbon copy; the sheer gnarly, low-end force to some of the riffing and sinister guitar melodies they weave into songs give a dark power to the songs featured on Necromancy that nicely matches the malevolence of the album title. Fans will doubtless hope they don't have to wait until 2027 for more of this sound, but until then the likes of "Scars" and "Reign In Darkness" offer plenty of headbang material to get stuck into. 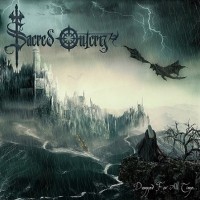 Sacred Outcry - Damned For All Time

Sacred Outcry formed in 1998 and they went into the studio in 2001 to record their debut full-length, Damned For All Time. Two years later the band came to a halt with only a rough mix left behind, but in 2020, we finally got it in our hands and it was well worth the wait. The music is pure power metal, but varied enough to include many different facets of the genre, while it boasts the soaring vocals of Yannis Papadopoulos of Beast In Black. It is an album that harkens back to a golden age for power metal while simultaneously forging its own bright future. 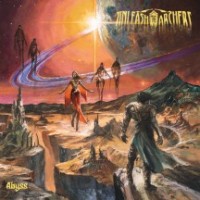 Having satisfactorily savaged the power metal plane with 2017's Apex, Unleash The Eighties ventured to new frontiers for Abyss, an album that often finds itself engulfed in synthesizers and astral melodies. So much of this is an experiment for the band, from the tones and harmonies that Brittney Slayes incorporates into her vocal lines to the substantial inclusion of new instrumentation to the very fundamentals of songwriting themselves, but however far Unleash The Archers may venture into territory broached by Battle Beast or Devin Townsend, they charge like a battering ram with a power very much their own. This is Unleash The Archers much evolved, but still one of the heaviest and compositionally keenest bands in the power metal scene today, fronted by one of its mightiest frontwomen.