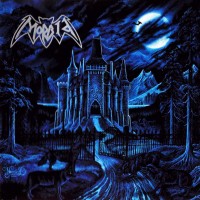 When we think of our favorite releases from our favorite bands, we're most probably thinking along the lines of their full-length LPs, i.e. releases about 35 minutes or longer in their duration. It's a lot rarer that people include bands' demos and EPs in these mental rosters, areas of bands' discographies often held in less regard and at times glossed over by fans entirely. Every now and then, however, these "small-time" efforts, more on the 10-30-minute side of things, do hold special weight in bands' discogs for listeners. And not without good reason.

What exactly makes a band's demo or EP stand out from the rest of their discography? It has to carry a certain memorability and lasting power to it, either by means of the atmosphere it conjures, new ideas it brings to the table, the overall "heaviness" of the music, or some combination of the three. This can be tricky, since bands normally have less room for making such an impression with demos and EPs than they do with LPs. But in the era of mass streaming, especially when we're bombarded with literally dozens of releases per day via Bandcamp, Spotify, Last.fm, etc., demos and EPs have gained a new significance, becoming a means by which bands can attempt to grab overstimulated, ADD-addled listeners by the ballz with a brief but impressive 20-odd minutes of mayhem.

Indeed, demos and EPs have become bands' prime mediums for stepping up to the challenge of making a big bang with a relatively small amount of ammo, if they weren't from the very beginning. More and more bands, younger and the more established, have been exploring the potential of the demo/EP deliver in the past decade, and the trend doesn't appear to be slowing for the 2020s, which makes an article on the subject feel particularly timely.

Come along, then, as I break down 20 of my favorite examples of bands absolutely nailing the demo/EP angle over a roughly 40-year period. I know I forgot to include your favorites, yes. I probably did so on purpose.

The Meads Of Asphodel - Metatron And The Gleaming Red Serpent [Demo, 1999]

Wormphlegm - In An Excruciating Way Infested With Vermin And Violated By Executioners Who Practise Incendiarism And Desanctifying The Pious [Demo, 2001]

As I hope this article has demonstrated, demos and EPs can be a lot for bands: hype-raisers before debut LPs, test areas for exploring approaches not taken on LPs, dropping hints at the sound of upcoming material, and much more. I don't think many here on MS do, but if I can stress one thing more than anything with this writing, it's this: don't ignore these areas of bands' discographies. Sometimes there's a lot more greatness to be found in them than one might initially think.