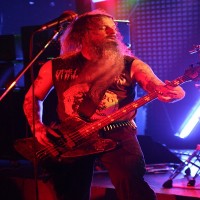 Paul Speckmann is a rare breed, a special kind of animal that breathes defiance and exudes resilience. After the dissolution of his band War Cry way back in 1983, he formed Master - a band that has been credited as one of the most vital and influential acts within the early days of death metal.

Yet with their then proto-death sound and anti-establishment sentiments, Master always kept their feet rooted firmly in reality. While many of the later death metal acts explored the fantasies of gore and Satan, Speckmann and Master always maintained more of a punk ethos within their art. As their sound progressed throughout the years, their anarcho-punk-flavoured sense of defiance only hardened and became more apparent. Speckmann spearheaded the fury of Master, despite every obstacle that life flung towards him. Even when things were quiet in the Master camp, Speckmann never slowed down, at first thrashing out with Abomination, later with his own Speckmann Project and Krabathor. The guy just doesn't quit: he has constantly remained an uncompromising force of nature throughout his entire (nearly four-decade-long) career. He has seen it all.

Yet despite providing a muse and influence for later death metal bands, Speckmann and Master never attained the same level of global acknowledgment as some of those for whom they paved the way. In Speckmann's own words, they got "lost in the shuffle." Regardless, they solidified a legendary underground status, raising black flags and charging into battle every chance they got. Even though Master has had several periods of dormancy, Paul Speckmann has never ceased fire.

Things got a little busier for Speckmann when, in 2000, he relocated to the Czech Republic to join the aforementioned Czech death heroes Krabathor. After some years with Krabathor, Speckmann revived a dormant Master within the Czech Republic. Since then, Master has mutated into an unrelenting machine, playing and recording more than ever before. When he wasn't working with Master, Speckmann was still on the road, slinging merch for various bands. This is a notable characteristic of the rabid wolverine that is Paul Speckmann: he chose to be on the road even when he wasn't playing music.

In 2018, Master signed a deal with the continuously impressive Transcending Obscurity label and released the tremendously savage Vindictive Miscreant to critical acclaim. Speckmann has also been hard at work on other projects, including Johansson & Speckmann and Cadaveric Poison.

Though Speckmann is content within his life at present, regular exertion of a monstrous barrage of sonic fire and strong disdain for government and institution remain. Speckmann still has plenty to say, both sonically and literally.

I had the pleasure of a little back-and-forth with Mr. Speckmann and got to ask him about anarchy, wild mushroom foraging, and whether or not the machine that is Paul Speckmann will ever slow down.... 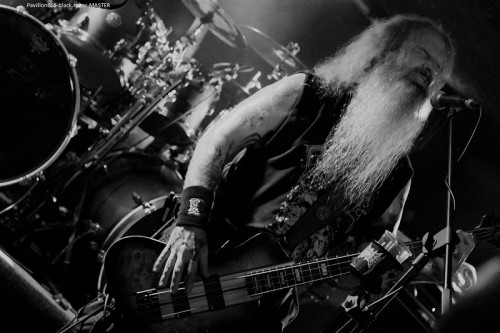 When you formed Master back in 1983, did you feel that you were doing something special at the time, or are you living in disbelief at the fact that you are still here, touring and creating music?

To be honest, after listening to the Venom 7-inch, "Live Like An Angel (Die Like A Devil)" and "In League With Satan," from Venom, it was time to leave the band WarCry also from Chicago. WarCry guitarist Marty Fitzgerald turned me onto this seven inch and to be honest, I think it was just too Satanic maybe for the guy. We certainly were listening to Slayer of course, as well as GBH, Discharge, The Exploited and all sorts of heavy bands at the time and decided we were going to do our own version of this heavy style so to speak! And yes we felt we created something special and after all the bands that have cited Master and/or copied the style or re-recorded Master tracks over the years I guess it speaks for itself maybe! Obviously I do not want to come across as arrogant, but it seems the history shows this.

In the early days, after the initial demise of Master, you began playing with Abomination. Was Master considered to be something of a side project at the time with the intention of regrouping or was the focus solely on Abomination?

Master had split up shortly after the first recordings in 1985, Abomination began recording in 1987 and 1988. I did manage to get the original Master members to record in 1989 after two rehearsals with the drummer, and the guitarist just met in the studio to hash it out! Honestly by this time Abomination was the main focus in my life!

Lyrically, your songs often burn with an anarcho-punk spirit. A cathartic, anti-establishment setting that can arguably be considered to be empowering. Do you consider the message of Master to be a positive one? Or rather it to be an anarchistic venting of negative emotion?

All the bands I have ever recorded in after WarCry were always anti-establishment, and even today I still write about the same themes in my songs. We live in a world of utter control and chaos, with too many politicians dictating the way we should live, while dipping their hands in the till and stealing the money of people as the poor suffer and stagnate on the streets of Los Angeles for example. I write food for thought I suppose, in the hopes that some young people will fight for a change in the future, but things look to be heading toward the end of freedom rather than liberation!

You have seen a lot of changes in the world over the years. When writing your lyrics today, what gets your blood boiling?

The world and the antics of the governments across the globe period!

Last year, Master released Vindictive Miscreant (an absolute banger, it must be said!) on the Transcending Obscurity label. How did this marriage come about and how has your experience with the label been so far?

Kunal, the label boss, basically contacted me after speaking with Rogga Johansson! He made an offer a few years before and after searching for a label I thought a chance needed to be taken with this killer guy. Transcending Obscurity was the right choice at the time for certain. The new lineup of Master will record in June and then we will see where it takes us. I usually pay for the recordings myself and then shop for a deal. The only problem at the moment is that the European Union continually stops my packages at the post office from India or anywhere in Asia basically as the tyrants want to be paid fees for the taxes on the goods all the time. It's a corrupt system to say the least. What surprises me is that when the label sends CDs and shirts to the USA there are no problems whatsoever, but I live in the Czech Republic so the best way for me to get the goods is to tour the USA. The new lineup, Speckmann, Grosse and Shea just finished playing 51 shows successfully across the globe, USA, Europe and Mexico. So we will see where this leads and if the Transcending label will release the next opus! 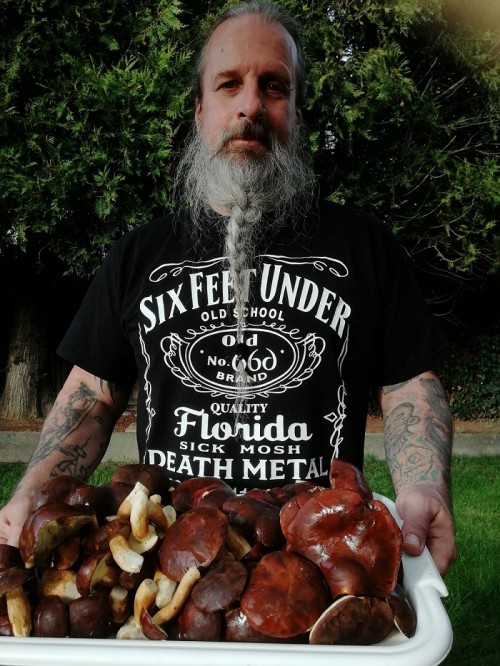 Throughout your career, you have released over thirty albums... a most impressive feat! Which albums of your would fall into your own top three?

This is always a rather silly question for me as I put my heart and soul into every release. Some are winners and some are losers, sometimes depending on the label, promotion, advertising etc. But for me there all a place in the history of my life and some parts are and were better than others like in anyone's life my friend!

In 2015, a book was released entitled Speckmann: Underground Survivor and was more of a photography-based documentation. Would you ever consider writing a more in-depth autobiography?

I have been writing this book for over 20 years but no publisher will touch it, so near the end I will release it myself. People do not want to read the truth, the truth hurts sometimes.

Lee Dorrian (Cathedral, With The Dead) has cited your first band, WarCry, as a major influence while starting Cathedral. Would you ever return to a slower, doom-inspired way of playing or are you a speed freak through and through?

There are slow doomy tracks on nearly every Master release including the last one brother!

Over the years you must have seen the rise and fall of many bands. Are there any bands that you wished had pulled through and continued to make music?

The list is too long to write, and then again there are many crappy bands that are successful and I have no understanding as to why people are so dense and gullible.

You have stated in the past that you enjoy foraging for wild mushrooms in the forests of the Czech Republic on your downtime. What are some of your favourite mushrooms to eat and how do you like to prepare them?

I never bothered to search for the English words of the mushrooms I pick, We dry them, also cook them and freeze them for chicken, pork and beef in the oven, also for soups and stews etc.

What can we expect from you in the near future?

More tours will begin in February, including Mexico, South America and Europe! We will record a new album in June 2020!

And finally, what wisdom would you impart upon any young bands starting out today?

Keep practicing and playing live as often as possible of course. 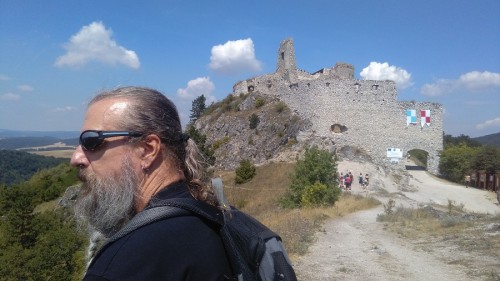 Photos provided by Paul Speckmann. Speckmann's answers have been lightly edited for formatting.