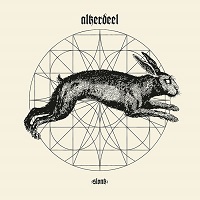 These filthy Belgians return with another fantastic display of gritty, blackened sludge metal. Alkerdeel's third full-length slowly lulls the listener into a sense of false security with a cosmic synth-based intro. Unfortunately, it doesn't take too long before a swift punch to the face in the form of impenetrable walls of distorted riffs get things going. The impressive bass licks that have always been one of Alkerdeel's signature elements remain as hypnotic as ever. However, this sense of hypnotic groove meets its match through fast and unforgiving sections filled with punkish attitude. Every time the singer lashes out in a violent "UH!", all fuses are blown. You turn into a filthy, savage animal. Slonk is furious, unpredictable, and highly volatile, as if it were about to collapse under its own weight. This is dangerous music at its finest. 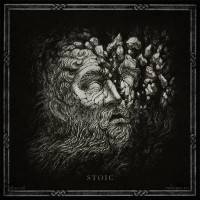 Calling Crust merely sludge metal would be pretty reductive, considering how much of their sound also has traces of death-doom, hardcore, post-metal, black metal, and, if you really wanted to buy into the band name, also crust punk. The Russian trio gives us their third album in three years, with Plague building upon last year's .​.​.​And A Dirge Becomes An Anthem by creating an album that's bigger in scope and sound, carefully crafting long dirges alongside pummeling grooves into a cohesive sonic exploration of stoicism. Crust never forget to inject a healthy dose of dark atmosphere into their sound regardless of pace and intensity, making Stoic crawl with dread and doom. 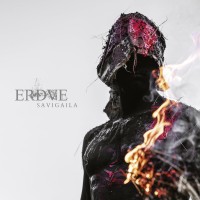 Erdve’s debut album was a brooding, sludgy post-metal album; Erdve’s second album is a vicious sludge/hardcore album. Savigaila is abrasive, oppressive, noisy, and intense, with cacophonous percussion and blistering, dissonant riffs that punish listeners, and only grim, pounding sludge to offer ‘relief’. Those who reveled in the sinister atmosphere of the debut may find its relative absence on Savigaila unfortunate, but those who enjoy experiencing the hardcore heritage of sludge being brought right to the fore will find this to be an ass-kicking blast of savagery. 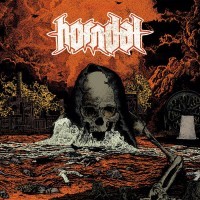 Lake Drinker is a frightening glimpse into a dystopian future that is becoming increasingly present, a world ravaged by unstoppable consumption, savagely stripped of all things green and living just to give another corporation the chance to slip into a greed-fueled spiral of rust and decay. You see, the lake in question is real, and it exists in Horndal, the band's hometown and namesake. The drinker is Google - but it could just as easily be Amazon or Apple or Facebook or any Chinese tech giant or Russian fuel conglomerate or other global industrial combine. Horndal's story is as disgusting as it is upsettingly common, and to preserve some sense of that, they've given us Lake Drinker: a downright brutal sludge album born of evil thrash, old-school death metal, crust punk, and anything else that can accurately communicate how it feels to watch your land be consumed by the gluttonous maw of Mammon. Humanity's future is going to be a desolate one, and Horndal is giving us a preview of the rusty, dilapidated carcass we'll eventually leave behind. 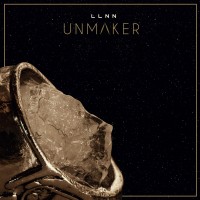 There are a fair few albums in this year’s Awards that are going to be described as ‘crushing’, but when placed against the sheer suffocating density of LLNN’s sound, the rest just come across as amateurs. It’s hard to put into words how overwhelmingly intense the tones that LLNN summon into existence are, or how much of a gut-punch it sounds like when one is subjected to the almost industrial nature in which these sounds are converted into songs. LLNN have more than just texture, though; Unmaker is littered with undeniable headbang material throughout, with a conveyor belt of killer riffs punctuated with very occasional moments of levity. Don’t listen to this album in proximity to anything easily smashable. 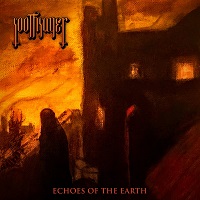 Soothsayer - Echoes Of The Earth

With tones as fiery as the scorched landscape on the album cover, Soothsayer bring dense low-end riffs and devilish roared vocals to the table with their brand of sludge doom. The band’s debut, Echoes Of The Earth, utilizes ambience, spoken word, and chants to conjure a sinister atmosphere, but it’s the force of the intense riffs that really makes Soothsayer’s approach so effective. The lead guitar work, whether in the form of dirty sludge leads or occasional moments of melody, adds another tasty layer to the experience. 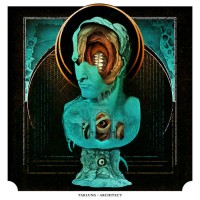 What a perfect name to illustrate the sound of hacking up great gelatinous gobs of mucoid muck. TarLung's third album introduces itself with a quintessentially stoner swing, but it picks up an even heavier swagger as it bounces along; as the first song slows into a dark and twangy doom outro and then slides into a plodding and demented track two that eventually launches into a punishing fast-paced tangent, the Austrian trio reveals more of its true nature. Easy-listening stoner and bluesy doom elements aside, Architect is a filthy, fuzz-covered, and bruising sludge album that revels in belching growls and bursts of blackened speed to accommodate its thick, thundering grooves. It tends to favor the slow-to-mid-paced chunky riff beatdown, but there's a little bit of all sounds and a little bit of all speeds wedged into Architect, so whatever kind of sludge/doom/stoner you're after, there's a good chance you'll find it here. 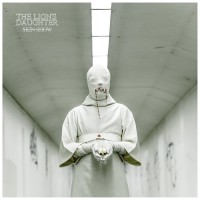 When John Carpenter collaborated with Anthrax, Steve Vai, Buckethead, Robin Fincke of Nine Inch Nails, and Elliot Easton of The Cars on the soundtrack for Ghosts Of Mars, this is not the sound that they came up with, but it's what that should have been. You know what sludge metal is, right? It's that doom/hardcore fusion that uses shouted or screamed vocals, low tunings and heavy distortion, and bluesy, NOLA-style Southern rock elements. And it's got a whole ton of synthesizers just everywhere, being all alien-like. Sounds like a horror movie, but you can dance to it. You know, sludge. The Lion's Daughter took a wild left turn on 2018's Future Cult, turning the blackened swamp of sludge into a bizarre throwback to '70s psych and '80s pop, and they rolled pretty hard into it on Skin Show, which is an even more unique and seamless doom-dance fusion. It feels too weird to be this accessible, but it makes for one hell of a show. 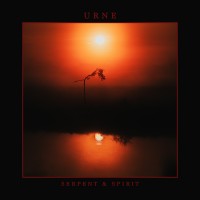 A successor band to Hang The Bastard, Urne is a power trio with plenty of power, but brings more to the table that just volume. On Serpent & Spirit, there is sludge (which owes at least some debt to Mastodon), but also metalcore and stoner, and, in lesser doses, pieces of epic heavy, thrash, and metalgaze in certain moments. Urne is not confined by genre, bringing in an array of influences to put together a collection of songs that range from brooding to frantic and from grim to triumphant. 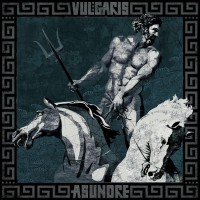 Loitering at the end of this list is an album rather special to us at Metal Storm, one that comes with a special introduction from the staff due to the presence of one of our most prominent writers. Before you get out your pitchforks and cry favoritism, you'll want to give Vulgaris the chance to prove their metal mettle, for on this debut album, however unpolished, is a far-reaching agglomeration of styles that often eludes much more experienced bands for albums on end. Bizarre, bendy riffs, meat-hammer drums, and tag-team growls populate songs of blackened heavy metal, sludgey doom-thrash, and frenetic post-metal that will bring to mind anyone from Sigh to Oranssi Pazuzu to Regarde Les Hommes Tomber to Isis. All of that happens within a largely sludge context, with special emphasis on the blackened elements, but there's a delightfully weird balance to Asundre that keeps it from settling anywhere for too long. And this is only where Vulgaris begins; just wait until the next phase.