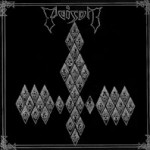 The death metal genre was pioneered by bands like Possessed, Death, Obituary and Morbid Angel. I guess you all already know them. This article is not going to be about them. This article is going to be about all other bands that were part of creating and shaping the death metal genre in the 80's. Of course there were far more bands than I can mention in the article, but I have tried to focus on the bands I consider most influential, bands that were early on releasing albums, and my favourites; bands that deserve more recognition than they have received. Many of the bands mentioned in the article are bands I prefer over both Possessed, Death and Obituary.

I start this journey in Germany with the band Poison. Poison was a death thrash band. They were formed already in 1982 and released their debut demo in 1984. At that time they sounded quite a lot like Hellhammer. After several demos they, in 1987, released their masterpiece demo Into The Abyss, on which they found their own sound, an epic form of death/thrash with some slower passages of doom. The demo only consists of four songs, but with a total length of 33 minutes. Into The Abyss was in 1993 officially released as an album under the same name. This is a highly recommended album, and one of my favourites in both the thrash and death metal genres; I would especially recommend the song "Slaves of Crucifix". In 2006 a compilation, Further Down Into The Abyss, was released, which contains songs from their earlier demos too.

From Germany also Protector deserves to be mentioned. Protector was formed in 1986 and released their first demo the same year. In 1987 their first EP Misanthropy, a highly recommended EP, was released. Just like Into The Abyss, this release contains some doomy passages. One year later Protector released their debut album Golem. Golem is their most thrashy album, and in my opinion their least interesting album. After Golem they released three albums in death thrash style, all of them recommended, but my favourite is A Shedding Of Skin from 1991.

If we travel down to Switzerland we find Messiah. Messiah was formed in 1984 and released their first demo in 1985. In 1986 they released their first album Hymn To Abramelin, and one year later the follow-up Extreme Cold Weather. After that they changed their singer and released Choir Of Horrors in 1991. Although the vocals aren't equally good on this album as on their first two, I would recommend all three. While the first two albums are more thrash, Choir Of Horrors is more death metal. My favourite track is "Munchhausen Syndrom" from Choir Of Horrors, which is a quite melodic death metal song for being 1991. Messiah has later released two more albums.

The first Dutch death metal band was Thanatos, formed in 1984. They released several demos in the 80's, with the first released already in 1984, but didn't release any album until 1990 and Emerging From The Netherworlds. This album is close in style to other Dutch bands Pestilence and Asphyx, but a little more thrash. Their second album Realm Of Ecstasy is less thrash.

The most interesting Dutch death metal in my opinion, and also the most famous, is Pestilence. Pestilence was formed in 1986 and released two demos in 1987. The first one, Dysentry is the most interesting of them in my opinion, and the more death metallic, although both are recommended. In 1988 they released their masterpiece album Malleus Maleficarum, which is my favourite album by them, and one of favourite album in both the thrash and death metal genre, since at this time they still had a significantly thrash element. I would say this album is more thrash than death metal, and sound closer to Sepultura, than to what Pestilence would later do. One year later they released Consuming Impulse, also that one a masterpiece, and probably their most popular album. At this time they had turned into a more pure death metal band. After this album their singer Martin Van Duren left to Asphyx (by the way he is my favourite death metal singer). In the 90's Pestilence changed to a more technical/progressive death metal direction.

Asphyx didn't release any album until 1991, but was formed in 1987, and released a highly recommended demo Enter The Domain in 1988.

Since I have already written an article about Scandinavian death metal, which could be found here, I will skip that one here, and instead I thought we travel across the Atlantic to Canada and the band Slaughter.

Before I take a look at the US scene I will also say some words about the South American scene. The South American extreme metal scene was started by the Brazilian band Vulcano. They were formed as early as 1981, released their first EP in 1983 and their first full length, Bloody Vengeance, in 1986. Vulcano's music has been called both death, black, and thrash metal, and Scandinavian black metal bands have mentioned them as an influence.

Vulcano was followed in Brazil by Sarcófago. Sarcófago was formed in 1985 and released their influential album I.N.R.I. in 1987. Sarcófago call their own music death metal, but this album has probably had an even bigger impact on the black metal genre. For example the Swedish band Grotesque, with members who later would form At The Gates, mentions Sarcófago as their main influence. With Rotting from 1989 and The Laws Of Scourge from 1991, Sarcófago would take a more technical direction.

From Brazil there are also Holocausto, who released Campo de Extermínio in 1987, Chakal, who released Abominable Anno Domini in 1987, Psychic Possessor, who released Toxin Diffusion in 1988, and of course Sepultura, but they need no introduction.

Chile also had one important death thrash metal band: Pentagram. Pentagram was formed in 1985 and only released one EP, in 1987, along with some demos. A compilation by the name Under The Spell Of The Pentagram with early material was released in 2008. Nicke Andersson from Entombed has mentioned this band as one of his favourite death metal bands.

From South America also Graf Spee from Uruguay could be mentioned. They released one album, Reincarnation in 1989.

Now we are ready for USA. We start with one of the earliest death metal bands, Master. Master was formed already in 1983, the same year as Death and Possessed were formed. Under the name Death Strike (at least almost the same band), they released their first demo Fuckin' Death in 1985, with which they received recognition in the underground world. The demo was released as an album in 1991. In 1985, as Master, they recorded what could have been their first album if they had signed a deal they received, but the deal was never signed. Instead the songs didn't become officially released until 2003, under the name Unreleased 1985 Album. Although it wasn't officially released until this, these songs are probably the biggest contribution Master has done to death metal. In 1990, finally a debut album, Master, was released, but at that time the death metal had gone further, and Master would never receive any big breakthrough. It is sadly forgotten how influential they were for death metal in the 1980's. Master would continue to release albums and is still active. My favourite album is their second one, On The Seventh Day God Created... Master, released 1991. Especially recommended is the song "America the Pitiful".

Another early band that is sadly forgotten is Insanity. They were formed in 1985 and released their first demo the same year and would continue recording demos through the 80's, but would not get the chance to release an album until 1994's Death After Death. This album may sound old even for the time it was released, but then you have to have in mind that the songs had already been written in the 80's, and in the 80's they were one of the ground-breaking bands. Personally I like this album and want to recommend it.

Next we have Massacre. Massacre was formed in 1985, and is perhaps best known for their singer Kam Lee, who also sang with Death. Kam Lee is often credited for creating the death growls, heard on Massacre's classic 1986 demo Aggresive Tyrant. Next year a second demo was released. Their debut album From Beyond, which is great, but also is relatively well-known, was released in 1991, and consists of songs from their early demos.

As you have seen, it took several years for many death metal bands to release albums, but there were also lesser known bands who released albums in the 80's. One of these bands was Necrophagia. Necrophagia was formed in 1983 and released their first album Season Of The Dead in 1987. Another band who released an album, Violent Termination, in 1987 was Devastation, although they were more thrash than death metal. Another band with the same name and in the same style would release the album Dispensable Bloodshed in the same year. More thrash than death were also Blood Feast, who released Kill For Preasure in 1987, and Num Skull, especially on their highly recommended debut album Ritually Abused (especially check out the song "No Morals") from 1988. I would also recommend their second more death metallic album Future - Our Terror from 1991. In 1988 also Incubus (later changed their name to Opprobrium) released their debut album, Serpent Temptation.

And then there were also numerous bands that never got the chance to release any album. I'm not going to make a list of them, but the most famous of them is probably Necrovore, who released their classic demo Divus de Mortuus in 1987.

I will end this article with two of the bigger and most influential death metal bands you hopefully already know, but that I still find quite overlooked for their influence, and is too unknown among non-death metallers. At least it was surprisingly long until I discovered these bands.

First Autopsy. Autopsy was formed in 1987, and released their classic debut album Severed Survival in 1989, which had a huge influence on especially the Swedish death metal. Their second album Mental Funeral had more doom influences.

The last band I will discuss is Atheist. They released their debut album Piece of Time in 1989, which is regarded as the first technical death metal album. Their second, less death metallic album Unquestionable Presence, is also very influential, but the main reason I wanted to mention Atheist is for their early history under the name R.A.V.A.G.E.. As R.A.V.A.G.E. they were formed in 1984, and released their first demo in 1985. At that time they were more death metallic and less technical than they would later be, and I want to recommend you to check out this demo if you haven't.