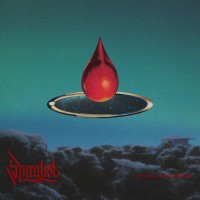 
If Nietzsche’s theory of eternal recurrence were true, Spiralist would presumably be doomed to create Eternal Recurrence an innumerable amount of times. Considering all the bands that make the same album again and again, at least they’d have plenty of company.

Portugal’s Spiralist are a prog/post-metal band, for lack of a better categorization, that began as the project/vehicle for catharsis of Bruno Costa. With the release of 2021’s The Future EP, Costa has turned his one-man band into a fully formed 4-piece, albeit one in which Costa remains the central artistic voice. Now, the project’s sophomore full-length is poised to introduce Spiralist to a wider audience, ideally an audience that shares Costa’s appetite for genre-bending exploration.

The ’progressive’ side of that progressive post-metal label is easy to identify in opening track “Sun Ra”, particularly during the contorted passage of rhythmic and technical complexity a couple of minutes in; I’m not much of a fan of this moment, but it serves as the prelude to a gorgeous passage in which a slick, brooding post-metal build is propelled forward by fantastical synths. Despite being a potently heavy album at times, Eternal Recurrence finds plenty of room for electronic sounds and ideas, and the combination of those eerie synths with fluid dynamics and punchy climactic riffs ensures that Eternal Recurrence gets off to a flyer. The high point for that electronic exploration, however, is later, with “The Unknown” eschewing metal almost entirely in favour of a deep dive into ambient electronic and synthwave, one that works incredibly well as the band gradually build from a sparse introduction towards a gripping climax without ever giving into the temptation for maximum volume.

As someone with a taste for music that sticks with the gradual evolution of a single musical concept for minutes and minutes upon end, “The Unknown” is right up my street; however, this isn’t a surefire winning formula, and for me, “Transmutate” is an example where it doesn’t quite come off. For three-quarters of the song’s 10 minutes, Spiralist fixate upon a single vocal phrasing, one that shifts pitch but maintains the same rhythm and shape, even as the song grows from simple piano to a more fleshed-out whole. The problem is that this phrase is just not interesting enough to build a full song around; as much as I like the smooth guitar solo in this song and find the final explosion of distortion and harsh vocals to be well-realised, the journey to that point is not as gripping as Spiralist presumably intended it to be.

Still, this is an ambitious record, and ambitious songwriting can lead to the occasional well-intentioned song that works better in concept than reality. What’s more, that same ambition is far more likely to lead to something genuinely great, and with the title track, Spiralist do accomplish this goal. An extended exploration of softer sounds and emotionally forthright singing builds very nicely to a big explosion of almost black-tinged intensity. This intensity is sustained for the remainder of the song, and the textures and emotion placed within it makes for a very engrossing conclusion to the album.

A couple of arguable missteps notwithstanding, Eternal Recurrence is a very fine album with some really decent ideas put into it. While this is far away in terms of originality and inspiration from the kind of record people refer to when they complain about bands making the same album time and again, there would be far worse albums to be stuck recreating for eternity than Eternal Recurrence.

Written on 04.09.2022 by
musclassia
Hey chief let's talk why not
More reviews by musclassia ››