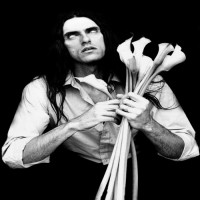 The last 10 years were a life-changing moment for me as it was the decade in which I discovered metal music, but also most notably a time in my life when I discovered gothic metal music. Since discovering Type O Negative, I have dug deeper into the subgenre for more bands. Little did I realize at the time, however, what the state of gothic metal was when I discovered it in 2012, two years after the death of Peter Steele. Most likely, little evidence will be provided, so don't hesitate to comment with your opinion on what I will be discussing in this article if there is anything wrong I have said. This is just an article of opinions I've thought about.

The years 1993-1996 are the years that I believe were gothic metal's biggest peak, containing some of the most influential albums: Type O Negative's Bloody Kisses, Tiamat's Wildhoney, Theatre Of Tragedy's self-titled album, The Gathering's Mandylion, Moonspell's Irreligious, and, of course, Paradise Lost's Draconian Times. By the late 1990s to the early 2000s, however, some new trends were developing within the genre. The "Peaceville Three" (Paradise Lost, My Dying Bride, and Anathema) all showed signs of expanding and experimenting with their sound. Paradise Lost and Anathema abandoned their metal sound to reach for more experimentation, while My Dying Bride continued their traditional gothic death-doom sound with albums like The Light At The End Of The World and The Dreadful Hours. Paradise Lost would return to the metal scene in 2002, but Anathema left metal forever while still making some phenomenal music along the way. Another change came shortly after the releases of Theatre Of Tragedy's debut album and The Gathering's Mandylion: a new wave of bands started to emerge that had the so-called "beauty and the beast" vocal approach. This trend would continue through the 2000s, but the late 1990s had a few highlight bands, such as The Sins Of Thy Beloved and Artrosis. At the same time, Theatre Of Tragedy and The Gathering soon abandoned their signature metal sounds as well. The Gathering would prove successful in experimenting with How To Measure A Planet?, If_Then_Else, and Souvenir. Theatre Of Tragedy, however, proved less creatively successful after Aégis, having forsaken their signature sound and switched to a more industrial-focused approach that sounded more like an identity crisis. The late 1990s brought the first changes to gothic metal, with most bands unable to recapture the magic that made them influential to the genre.

The new wave of bands that emerged during the late 1990s continued to the turn of the century with the arrival of bands like Lacuna Coil and, later on, Evanescence. While this was happening, Finland was beginning to boom with new gothic metal bands (or what Metal Storm sometimes labels "Suomi metal"), the biggest of them including Sentenced, HIM, Charon, and more. Italy was also producing more bands within the genre outside of Lacuna Coil, such as Graveworm, Theatres Des Vampires, The Foreshadowing, and Novembre. During these times, it seemed that gothic metal had enough bands to keep the genre alive. The 2000s, however, brought many of the cliches that plague the genre, such as the saturation of "female-fronted" or "beauty-and-the-beast" bands that were so labeled and the confusion between gothic and symphonic metal. The point of this article, however, is to talk about what I mentioned in my title, which was something that I noticed upon doing research and after the years I've spent listening to this style of music.

If the gothic metal scene didn't feel the first shift during the late 1990s hard enough, then it certainly felt the shift throughout the 2010s. The early 2010s were met with a number of gothic metal bands breaking up, most notably Type O Negative; when Peter Steele died in 2010 at the age of 48, the band broke up and the genre lost one of its most influential and popular bands. The Finnish scene started to die out as well, with many other bands breaking up; these included Ville Laihiala's second band, Poisonblack, Charon, To/Die/For, Entwine, Lullacry, and HIM. Theatre Of Tragedy would also break up in 2010 and The Gathering would go on hiatus in 2014; Lacuna Coil has never returned to their gothic metal sound since the release of Karmacode, despite having once been a leading force for the genre, instead releasing one album after another of questionable alternative metal directions. Katatonia became one of the latest in the genre to walk away from gothic metal, shifting by the late 2000s towards a progressive/alternative rock sound that became more apparent by the 2010s. One theory that I have thought about (though I could be wrong) is that the underground's tastes in doom metal started to shift towards stoner doom and death-doom, with stoner doom becoming a popular style in the American underground. The 2010s were a time during which I realize the genre was in decline. There were two bands that had the potential to be the flag-bearers of the next generation of gothic metal: Woods Of Ypres and Trees Of Eternity. Both of these bands released one phenomenal gothic metal album, only to have their careers cut short; David Gold of Woods Of Ypres died in a car collision in 2011, a month before the release of Woods 5: Grey Skies & Electric Light, and Aleah Stanbridge succumbed to cancer in 2016, seven months before the release of Hour Of The Nightingale. At first, I thought that this was a genre that desperately needed new bands to keep itself alive; as I kept digging for new bands and waited for new music to come out, however, I soon realized that there have been bright lights to come out of this last decade.

The 2010s had a few stars for gothic metal that I started to notice. The first band was Sweden's Tribulation. Originally a thrash/death metal band, Tribulation found their sound by the release of The Children Of The Night in 2015. This, alongside their next album, Down Below, found the band combining some of their death metal elements with noticeable characteristics of gothic metal, and they have received a cult following. Another band that kept the genre alive was Enshine, which was able to recapture the gothic doom atmosphere that was found in bands like Anathema and Saturnus while having a uniquely modern sound. The end of the decade also brought the arrival of newcomers Idle Hands. Releasing Mana in 2019, Idle Hands soon gained a cult following within the United States for their blend of traditional heavy metal and Sisters Of Mercy-style gothic rock atmosphere; they toured with King Diamond that same year (and even attracted a few acquaintances in my local Philadelphia metal scene who otherwise had never listened to gothic metal before). Other new bands would also emerge in the 2010s, including Angellore, Edenfall, Deathwhite, and Invernoir.

In addition to the few new bands that showed up in the 2010s, some genre-defining bands also returned to their roots. Paradise Lost would resurrect their gothic death-doom sound with 2015's The Plague Within. My Dying Bride, Draconian, Cradle Of Filth, Green Carnation, and Moonspell continued to release some solid albums and lead the genre into the future. The Foreshadowing remains one of the brightest lights in the genre, staying true to its unique lyrical themes and sounds during the last ten years. Fortunately, the period of 2019-2020 started seeing a small resurgence of gothic metal releases; Paradise Lost once again revisited their origins for Obsidian, one of the most transcendent comeback albums, and other bands like Lacrimas Profundere, On Thorns I Lay, and Dawn Of Solace embraced their gothic roots with their latest releases. Draconian are set to release another album in October of this year.

Even though gothic metal has always been a popular style in Europe, it is a genre that it seems to me is out of style in the United States. I'm one of the few people in the Philadelphia metal scene who loves gothic metal and the only person who has a gothic metal battle jacket. It never stopped me from being myself, however, and I'm still showing my love for this music; I wouldn't be the person I am today if it weren't for this style of music. What I started to realize over the last year or so is that I have stayed hopeful for this music that I love, and even though it's not as popular as the likes of thrash, prog, and stoner doom, this is music that I have a feeling will never die.

What are your thoughts on this article? Was there something I got wrong? Are there any details I left out? Are there new bans that I left out? Let me know; I'm open for discussion.